Power for the Long Haul

No one exactly welcomes new high-voltage electrical transmission lines on their doorsteps. But as the world struggles to minimize climate change by quickly ramping up on renewable energy, these lines will need to carry massively greater loads of power over long distances.

Until now, HTS electrical transmission technology has been primarily applied in short-distance underground installations. The startup's technology, which employs a cooling system based on the evaporation of liquid nitrogen, is designed instead for long-distance high-voltage lines carried via transmission towers.

VEIR is developing a differentiated method of passively cooling over long distance that can bring those technically successful HTS lines above ground, and cool them economically and reliably over long distances

The startup's novel class of transmission lines using HTS materials is designed to deliver five times as much power as conventional conductors through existing power line rights of way, says Tim Heidel, co-founder and chief technology officer. These systems will look similar from the ground but cut operating costs for utilities by half or more, he says.

"VEIR is developing a differentiated method of passively cooling over long distance that can bring those technically successful HTS lines above ground, and cool them economically and reliably over long distances," Wallen says.

"Every decarbonisation study that's been published in the last two decades indicates that we need to expand electricity transmission networks dramatically in the next 30 years," says Heidel. "And yet transmission is only becoming harder and harder to build over time. Nobody likes tall towers and wide right of ways disrupting pristine landscapes."

Doubling down on conventional high-voltage power lines, whose conductors are a composite of aluminum and steel designed to lose their heat to the air around them, won't work. This engineering approach tightly limits the amount of power you can put through the lines, Heidel explains. In contrast, HTS materials cease to exhibit electrical resistance when they are cooled below a certain threshold temperature, which can allow them to carry much more power.

Until now, HTS transmission deployments have been limited by concerns over cost and reliability, largely driven by limitations on their liquid nitrogen cooling systems, which extract heat by raising the temperature of the nitrogen. "Unfortunately, that architecture required the duplication of refrigeration equipment roughly every five to 10 kilometers of line length, which really limits the applicability of the technology over long distance," Heidel says."

Studying the long-distance transmission problem at Breakthrough Energy Ventures, the VEIR founders found highly promising early work on a distributed evaporative cooling process that exploits the phase change between the liquid and gas phases of liquid nitrogen. "The core technology that we're developing is controlling where that evaporation process occurs and how rapidly it occurs," Heidel says. 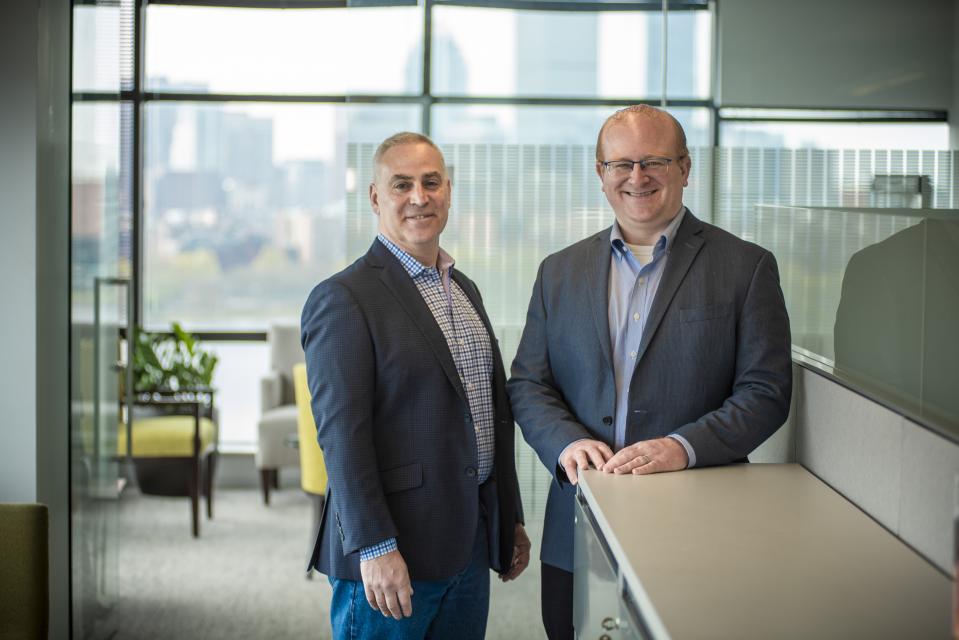 Recognizing the importance of long-distance transmission in mitigating climate change, VEIR was founded in 2019 with seed funding from Breakthrough Energy Ventures and Congruent Ventures.

Last year the startup received $12 million in series A funding from Breakthrough, Congruent and MIT's The Engine "tough-tech" funder, bringing its total backing to $14 million. The firm currently employs 20 at its Woburn, Massachusetts headquarters.

VEIR continues to focus on high-voltage overhead long-distance transmission lines, where its technology can deliver much higher capacity at the same voltage compared to conventional overhead lines.

"We have a significant advantage when it comes to constrained right of ways," Wallen says. "And as we look at deploying more and more transmission capacity and increasing the capacity of the grid, that becomes more and more of an issue. There's only so much land and so many areas where you can deploy new technology or new lines."

Partnering on the grid

"Power utilities operate some of the largest machines that man has ever created, and achieve some of the highest levels of reliability anywhere," Heidel says. "Obviously, with such a system and a safety-conscious industry, adoption of new technology is always going to be challenging. Ultimately, it'll require us to deploy pilots and to deploy proof of concept systems and gain the thousands of hours of operating experience that will be necessary in order to gain widespread adoption. We're not going to do this alone."

VEIR's scalable transmission line technology will make up just one part of the electrical power grid, which also includes power generation, storage, substations, converters and other critical elements. "Those all require us to integrate very early on and very meaningfully with industry partners that have global scale and scope," he says.

Recently, National Grid, one of the world’s largest public energy companies, signed a collaboration agreement with VEIR to support the development and commercialization of its disruptive HTS technology.

VEIR was founded on the realization that the huge new solar and wind energy farms now rising around the globe will need much better ways to carry power to cities, Wallen says. "Our vision is really long high-power lines that will allow for load shifting of renewable energy when the wind's not blowing and the sun's not shining," he sums up.