CEO and co-founder of Accion Systems Natalya Bailey (formerly Brikner) was interested in math and aliens in high school. After majoring in Aerospace engineering, she interned with “a big Aerospace giant” where she says, “hardly anything new ever went into or left that building.” So, she went to grad school, finished her Master’s degree in nine months and at the behest of her adviser, who gave her his credit card, told her to book eight trips to MIT and go sit outside the lab of two professors (one of whom would become her PhD adviser), and landed at the Space Propulsion lab. There, along with Accion’s co-founder Louis Perna, Bailey discovered that the ion source they were working on was really great at propelling small satellites in space. “It just so happened in the past decade the industry was trending toward smaller and smaller satellites that were lacking in any sort of efficient satellite propulsion technology.” It caught the attention of industry, and in 2014, while they were still students, Accion was formed.

We accelerate some matter—it happens to be ions—to high speeds and push those out the back of the spacecraft. If you picture an astronaut riding on the back of a satellite throwing tennis balls off the back of it, each time he or she throws a tennis ball off the back it pushes the satellite in the opposite direction. That’s effectively what we do with ions.

How it works
Ion engines have been around since the 1950s and 60s, and like any sort of rocket propulsion technology, they propel forward by expelling matter out of the back of a spacecraft. Rather than relying on chemical propulsion typically used by the big rockets of Elon Musk, Accion’s engine propulsion technology, relies on electricity. “We accelerate some matter—it happens to be ions—to high speeds and push those out the back of the spacecraft. If you picture an astronaut riding on the back of a satellite throwing tennis balls off the back of it, each time he or she throws a tennis ball off the back it pushes the satellite in the opposite direction. That’s effectively what we do with ions,” says Bailey.

Who Uses Them
“The world relies on space more than most people realize,” she adds. Industries and applications from Direct TV to Sirius radio to GPS—even Monsanto—use satellites. “Accion’s technology is geared toward these smaller satellites that are starting to come online thanks in large part to Moore’s Law, which is making it possible to build very small capable satellites,” says Bailey. Previously, only whole countries or governments could afford to launch satellites, but now that they’re becoming smaller and cheaper to manufacture and launch, they are having the effect of making space more accessible and affordable to industry. New industries, like big financial institutions, are using satellite imagery to predict futures prices. Satellite constellations are going into orbit monitoring ships and tracking other assets as they move across the world. Another application Accion finds exciting is a mobile breast cancer clinic that used to wait ninety days before it would take the data and upload it at a doctor’s office. Since signing with a satellite services provider, the clinic can now upload the data in real time. She says, “For some patients that makes all the difference.” 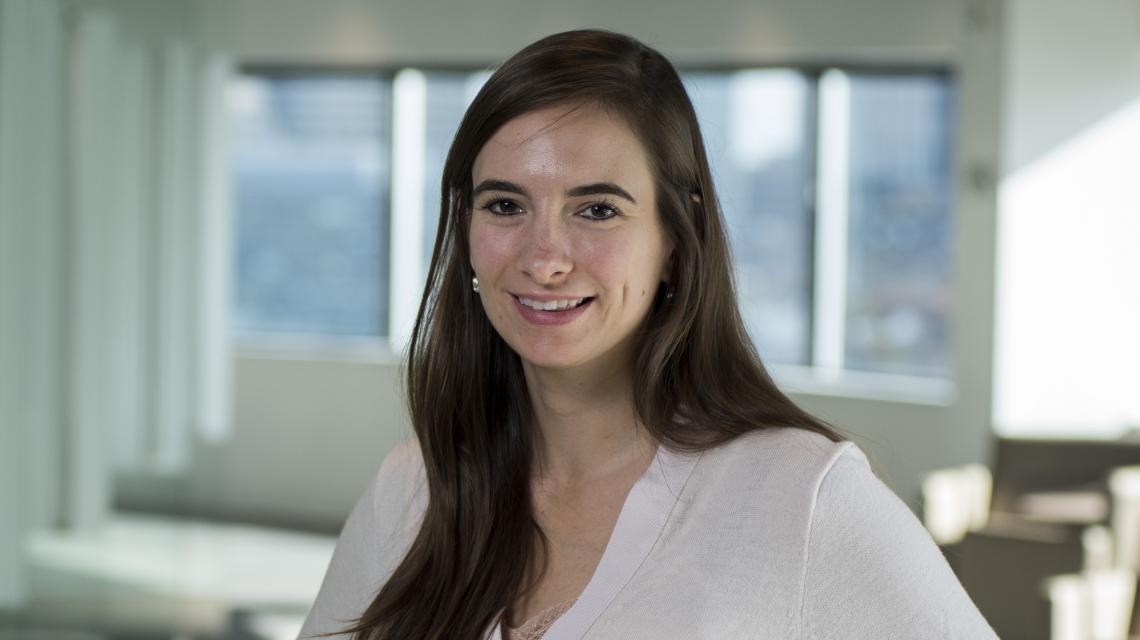 The Product
For now, Bailey and her team are trying to focus on one main product, which she says, “was designed using the most boring manufacturing techniques we could think of,” and do it really well. That product uses three main components: power electronics, a propellant supply system, and a thruster head. The power electronics are sent out to a traditional PCB (Printed Circuit Board) house, returned to and tested by Accion. The propellant supply system, which Bailey describes as similar to a Tupperware container, allows Accion to forego the use of any big pressurized tanks, pumps or valves. “We get to store all of our propellant for any mission in this plastic box which really simplifies our design and any sort of reliability concerns over a lifetime.” The thruster head is made using microelectromechanical systems techniques—the same processes used in the computer processor industry. “These we send out and get back in batches of around two-hundred—our numbers are going up there. All of these processes are very mature. I think that’s going to be a key differentiator for us as far as cost down the road.”

In the very early days, Bailey says, the most challenging aspect of trying to start a space hardware company was the paradox of needing to build a working prototype before fundraising, getting money and selling things. “To build the prototype you need access to equipment and you need expensive materials and those things cost money. But to get the money you need the prototype; it’s just kind of this vicious cycle. We ended up trying to solve that problem and get to the next stage of Accion we have been doing kind of a hybrid venture-capital-government funding model.” She adds that Accion started with the assumption that a space start-up could sell only to other space start-ups. “When our product was first out the door, it lacked the flight heritage and all the reliability data that folks like Lockheed and Boeing and NASA would need to see. In reality we’ve actually found it to be the complete opposite. The bigger aerospace companies have internal R&D budgets that will evaporate if they don’t spend them. They’ve actually been our first customers and have been kind of eager to buy our very beta products.”

Accion wants to move from our foot-in-the-door propulsion system model to eventually becoming a service provider.

Long-Term
Accion is currently evaluating two paths in the long term. In the near term, it is a propulsion system provider—a component provider to a larger system. In the future and because it strongly believes it has something their customers genuinely need, Accion is considering a path to becoming a satellite services provider. In addition to making the propulsion system, it would also launch and operate the satellites, and provide communication services from satellites that already use its technology. Bailey says there are few times in an industry where there’s a schism in the space industry due to a perfect storm of technology and the political environment and various other factors. “It’s this wonderful opportunity for small companies and start-ups to come in and up-end the incumbents. Accion wants to move from our foot-in-the-door propulsion system model to eventually becoming a service provider.” 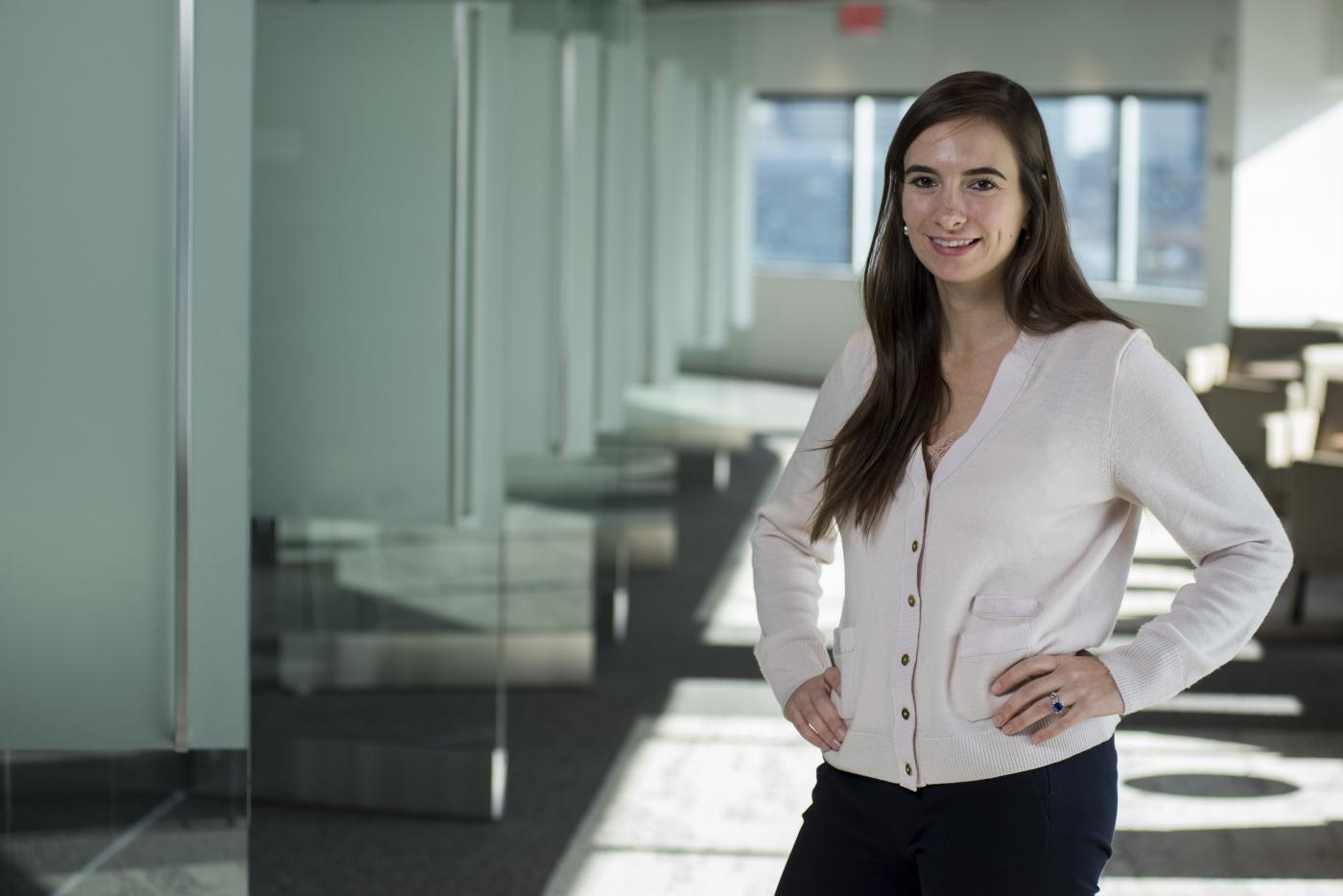