Yet, FEA is showing its age, especially when it comes to large infrastructure. “With large-scale projects, FEA hits a wall where the computational cost grows very quickly, and this cannot be overcome even with the latest HPC systems,” says David Knezevic, CTO of a MIT simulation technology spinoff called Akselos. “The computational intensity of FEA has led to all sorts of limitations in how it’s used. Engineers tend to either do detailed analyses of small parts of the system or else do a very coarse analysis of the overall system.” 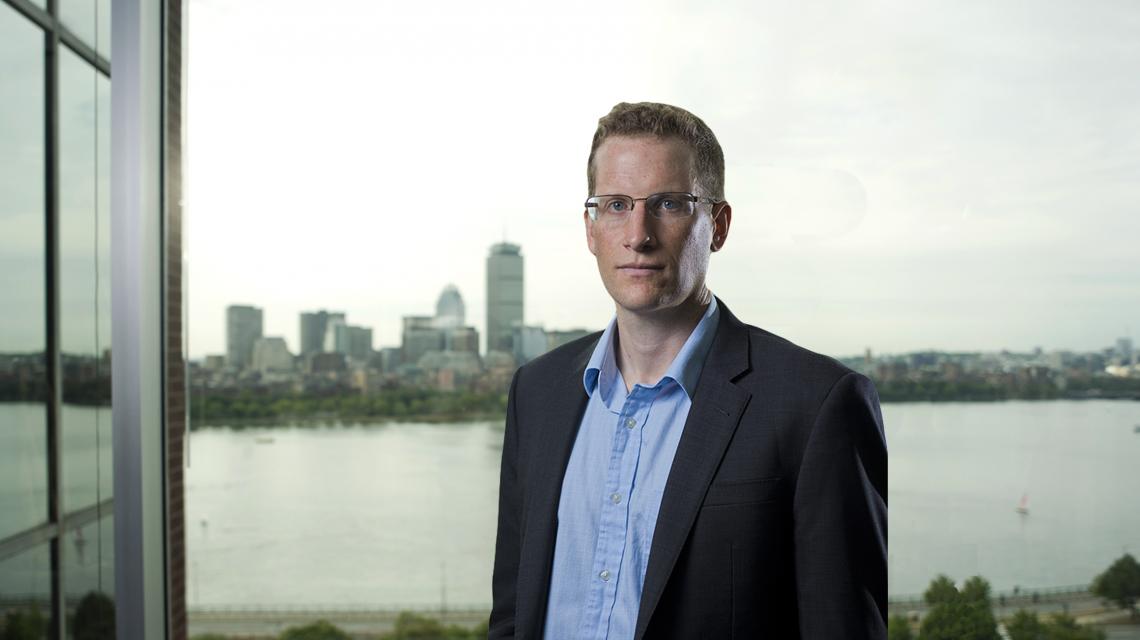 The 17-employee company is headquartered in Lausanne, Switzerland, with major offices in Ho Chi Minh City, Vietnam, and Boston, where Knezevic works. Akselos’ customers are building and maintaining infrastructure such as power station gas turbines, wind turbines, offshore oil and gas structures, ships, submarines, and mining infrastructure. Most of these systems are often operating under very extreme conditions.

Akselos software enables detailed analysis of much larger infrastructure than has been possible in the past, obtaining 1,000 times more speed-up compared to conventional FEA simulations.

The impressive speed of Akselos and the wide range of industries that could benefit from it are just some of the reasons why the MIT Industrial Liaison Program (ILP) selected the company as one of the first six startups in the new MIT Startup Exchange STEX25 program. This tightly focused spinoff of MIT Startup Exchange is designed to facilitate industry interaction with a select group of the 25 most promising MIT-based startups.

Digging into the Details with Reduced Basis FEA
In 2009, Australian-born Knezevic, a former Oxford Rhodes scholar and Harvard Lecturer, joined Professor Tony Patera’s research group at MIT’s Department of Mechanical Engineering. Working as a postdoc, he pursued simulation research that had been underway there for more than a decade. Like many researchers around the world, Patera was looking for ways to accelerate simulations for large infrastructure in which FEA wasn’t feasible. Patera continues to work on this so-called “Reduced Order Modeling” research today.

The research that Knezevic focused on resulted in what he calls the unique value proposition of Akselos: Reduced Basis FEA, or RB-FEA. RB-FEA builds on top of conventional FEA, but it adds an “acceleration layer” which dramatically reduces solve times.

“The reason that FEA can be slow is that it uses a generic representation of the system, . which is very flexible, but also very computationally expensive,” says Knezevic. By comparison RB-FEA builds up a physics-based dataset for each component in a system. These datasets are reused when a simulation is performed, which leads to RB-FEA’s enormous speed advantage.

Because RB-FEA uses parameterized models, with parameters assigned to each component, you can click on a component in the Akselos GUI and quickly change factors like length, density, stiffness, curvature, Poisson ratio, and other properties. “The parameterized models make it easier to update the model, which is extremely valuable for iterative design,” says Knezevic. “From an early stage in a design process, you can simulate a model hundreds or thousands of times with RB-FEA. In contrast, if you modify something in an FEA model, you have to go through the whole FEA solve all over again, which is typically a thousand times slower than using the Akselos solver.”

Akselos uses a cloud-based infrastructure that “leverages HPC and parallel computing to the fullest extent,” says Knezevic, although he adds that “Akselos’s unique speedup is purely due to the RB-FEA algorithms.” Akselos offers other features one might expect from a modern simulation package, including online model libraries, a drag-and-drop GUI, and a decision support system.

Customers such as oil and gas producers are particularly interested in the substantial CAPEX reductions enabled by Akselos in the upfront design phase. “Industry is increasingly interested in lean design,” says Knezevic. “There’s a strong opinion that a lot of things are over designed. You often see overly conservative models with excessive safety factors, which can be a symptom of incomplete understanding of a system. If you model a system accurately and in detail, you can understand the risks much more precisely and reduce the safety factors while still being extremely safe.”

A leaner design not only reduces construction costs, but also maintenance costs, says Knezevic. “CAPEX reduction up front leads to OPEX reduction over the lifetime of an asset.”

Akselos is especially qualified in the post-deployment maintenance phase. With the speedy, detailed simulations enabled by RB-FEA, engineers can build a highly detailed digital twin of the physical asset, and easily update it as the asset is upgraded or damaged. Alternatively, Akselos designers can build a twin for customers.

“Akselos models are extremely well suited to being updated to account for the reconfiguration of physical assets,” says Knezevic. “Because our models are modular, you can easily replace components or modify parameters, and then re-solve very quickly.”

With Akselos, customers can update the digital twin based on changes made to the physical asset. Better yet, they can make the changes to the digital twin first to understand the impacts on reliability, throughput, and safety before construction. “You can run 1,000 simulations on it for different scenarios, and then you’ll understand if it’s safe or if you need remedial action and maintenance,” says Knezevic.

Sensor Integration
Currently, a key focus for Akselos is to link digital twins to sensor data. Accelerometers, strain gauges, and other sensors are increasingly being deployed on large infrastructure, providing valuable insights into the current state of critical infrastructure. Calibrating digital twins based on this sensor data provides an advanced new approach to structural integrity management.

“With sensor inputs, you have a real-time digital twin that takes into account any physical changes in your asset,” says Knezevic. “You can then run analysis on this updated, calibrated twin to determine risk.”

“If you can detect and react to issues in a predictive and precise way, you can reduce unplanned physical maintenance, which is extremely expensive because you usually have to shut down production,” says Knezevic. “Based on accelerometer input about structural vibration, for example, you can calibrate your digital twin and then run a thousand different simulations on the calibrated model. This allows you to analyze how the infrastructure in its current state would react to different situations, like if a storm hits, or if you want to increase system throughput”

From a Deshpande grant to STEX25
The idea for building a company around RB-FEA emerged in 2011 when Patera, Knezevic, and two of Knezevic’s colleagues -- Phuong Huynh and current Akselos CEO Thomas Leurent decided the RB-FEA technology was ready to be commercialized. They applied for a Deshpande grant at MIT and were funded later that year to continue the commercially oriented research around RB-FEA. This research led to the founding of Akselos in 2012.

“Throughout this process we benefited a great deal from many resources at MIT, including the Deshpande Center, the ILP, and the Venture Mentoring Service,” says Knezevic. “Our VMS mentors acted like a board for us, and gave us great guidance in how to build up a company.”

Even at four years old, Akselos is still benefiting from MIT assistance by being a member of the MIT Startup Exchange program. The company’s selection to the STEX25 should further expand its interactions with MIT’s industrial contacts.

“We’re honored to be part of STEX25,” says Knezevic. “It’s a great way to expand our outreach to companies that are facing challenges with designing, operating, and maintaining complex and critical engineering systems.”

Readers may download and try out Akselos's product for free from this community.akselos.com. 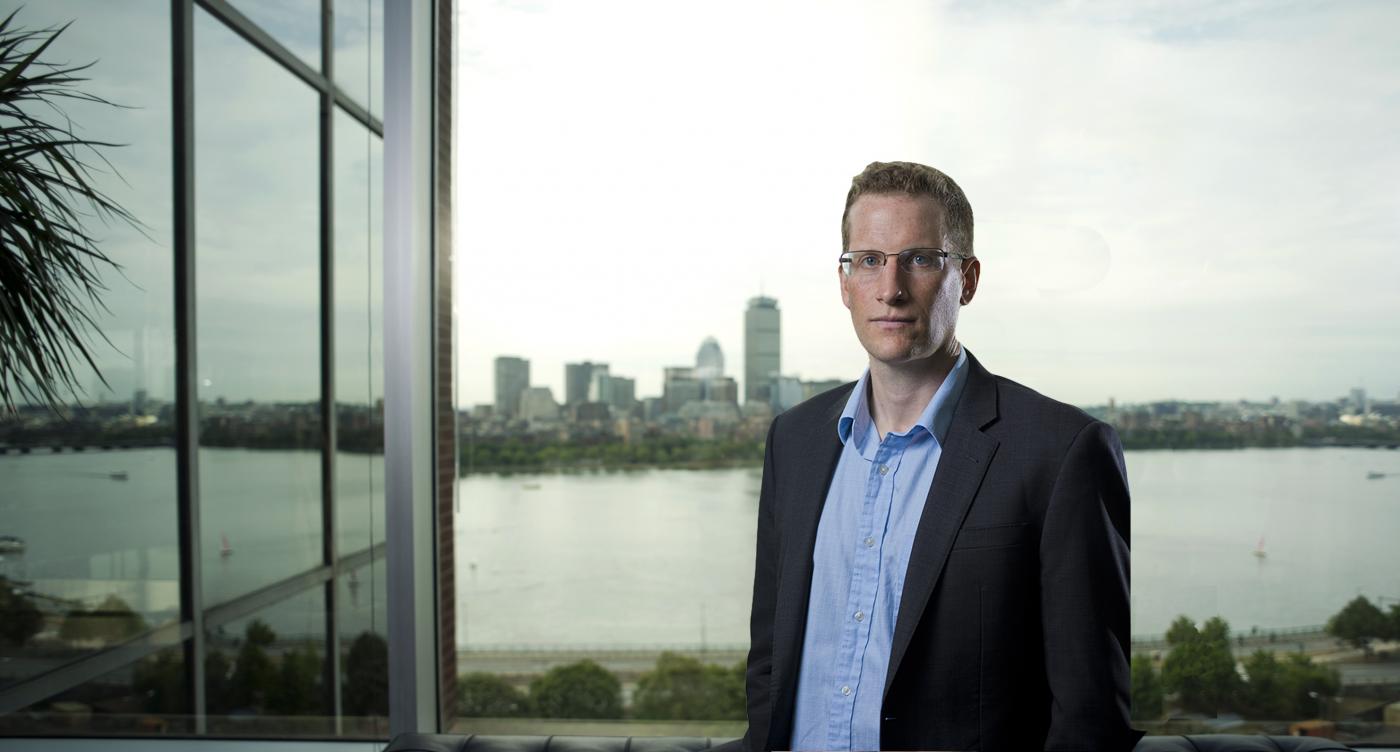