Bringing a sense of smell to the digital world

Jan Schnorr has seen sensor technologies come and go through the years. But despite promising ideas backed by solid tech, there is a common theme among them: a struggle to transition from the lab to the real world where fluctuating temperatures, humidity, the presence of new compounds and a host of other unforeseeable variables wreak havoc on a sensor’s ability to function properly.

Jan Schnorr has seen sensor technologies come and go through the years. But despite promising ideas backed by solid tech, there is a common theme among them: a struggle to transition from the lab to the real world where fluctuating temperatures, humidity, the presence of new compounds and a host of other unforeseeable variables wreak havoc on a sensor’s ability to function properly. Schnorr explains this as a problem of specificity. “For example, you have a sensor that is supposed to pick up one part per million ethylene gas in a fruit storage facility in the presence of 10,000 parts per million of water. It needs to be incredibly specific for the compounds you care about. That is the main challenge we set out to solve with our patented chemiresistive technologies.” C2Sense achieves this by combining their carbon nanotube-based network with what they refer to as a selector. “Think of it as a simplified version of an enzyme that is designed to interact specifically with the compounds you care about,” says Schnorr, “thereby eliminating false positives.” In the case of C2Sense, they are interested in detecting gases that can be destructive to our food and harmful to our health.

In the case of C2Sense, they are interested in detecting gases that can be destructive to our food and harmful to our health.

Schnorr moved from Germany to complete both his PhD and postdoctoral work in the MIT Chemistry department with Tim Swager, who has been working on sensing technologies for over 30 years. When he arrived, the group was hard at work developing the next generation of the technology. The aim was to create a small, relatively simple and affordable product, all while maintaining specificity. “I was fortunate enough to join the Swager Laboratory at a time when we were working on a product for ethylene detection,” says Schnorr. The results, published in a 2012 paper, were very promising and led to their initial funding from MIT’s Deshpande Center for Technological Innovation, with whom Schnorr and C2Sense maintain a close relationship. This was followed by a significant government grant from the National Science Foundation in 2014. And while C2Sense has moved out of MIT into their own Cambridge offices, Schnorr says they very much remain a part of the MIT startup ecosystem and rely on the institution for advice and industry contacts among other things: “The quality of contacts we’ve reached through MIT ILP has been amazing,” he says. “Due to their extensive knowledge of what is useful for their member companies it has been very important for us.”

It’s an exciting time for the young startup that spun out of MIT just three years ago. They’re on the verge of completing their Series A financing and are preparing to launch their first product. It’s a small, lightweight and cost-effective sensor that detects ethylene in even trace amounts, thereby ensuring optimal storage conditions for produce. According to the Food and Agriculture Organization of the United Nations, approximately one third of the food produced in the world for human consumption is lost or wasted every year, which amounts to roughly one trillion dollars. Not to mention the resulting negative social and environmental impacts. C2Sense aims to make a massive dent in those numbers. 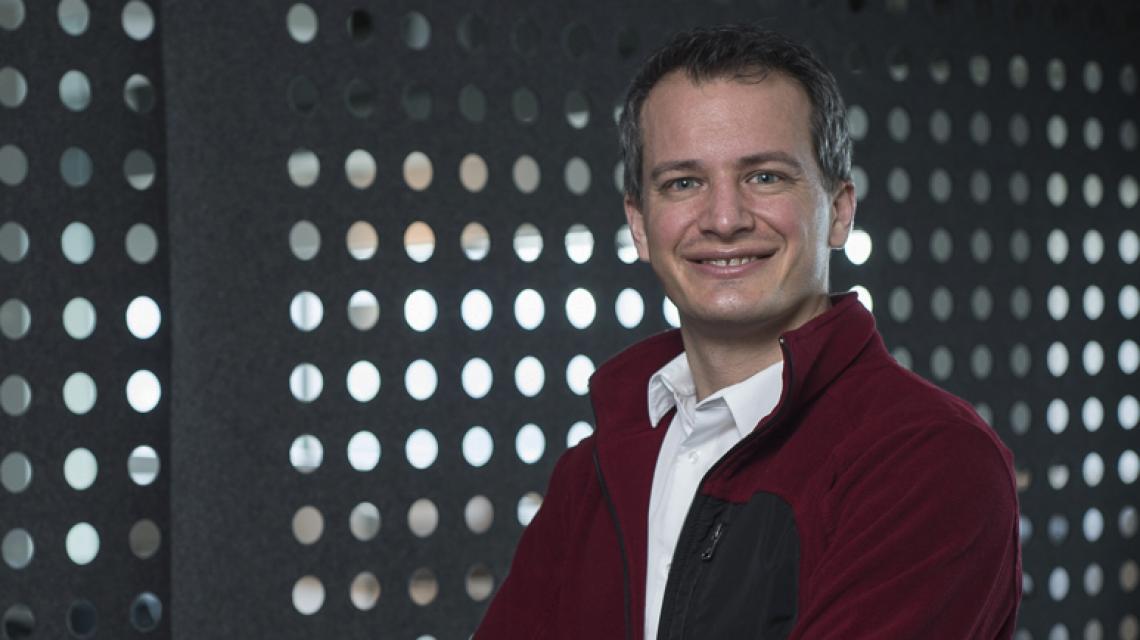 Schnorr stresses that the team at C2Sense has prioritized industry partnerships since the beginning. “We sought to work with industry partners very early on to avoid the fate of so many groups and individuals who spend years developing a technology only to discover there is not enough customer interest.” One such partner is AgroFresh, an industry leader that provides innovative food storage solutions to enable growers and packers of fresh produce to preserve and enhance the freshness, quality and value of their produce. “We started with lab experiments and preliminary tests before launching our big pilot project last year,” says Schnorr. At this point C2Sense, in conjunction with AgroFresh, has tested their ethylene sensor in a wide variety of facilities spanning 12 different countries across the Northern and Southern hemispheres. The success of the pilot is evident in the fact that a global, industry giant is now C2Sense’s first client.

“The first step, where we can have the biggest impact, is in the food supply chain,” says Schnorr.

“The first step, where we can have the biggest impact, is in the food supply chain,” says Schnorr. With that in mind, C2Sense has also applied their technology to develop ammonia sensors. According to a recent study, the poultry industry loses approximately half a billion dollars per year due to high ammonia concentrations in chicken grow-out houses. Schnorr says, “It just so happens, we’ve been working on our ammonia sensors, and they work really well in that type of environment.” C2Sense is also exploring options to apply their technology to meat and fish, further impacting the food supply chain. This expansion into new arenas proves how far reaching the technology has the potential to be.

Aside from the food and agriculture industries, environmental monitoring and industrial safety are application areas with huge potential. C2Sense is currently working with the Department of Energy to develop wearable sensors that detect toxic compounds to protect workers on site. “Imagine a wearable sensor that can smell hazardous gases and alert workers if a toxic compound is spiking, to what degree and whether or not it is time to put on a respirator and evacuate the area,” says Schnorr. This alert system highlights an aspect of what makes C2Sense so special: the dual-purpose nature of their applications. “In the food industry we help avoid waste, which is beneficial for people and also saves money. In industrial safety we reduce liabilities for an employer while protecting workers simultaneously.”

As every facet of the human experience becomes digitized, from audio sensing and voice recognition to physical sensors like accelerometers, Schnorr and C2Sense insist that instilling our computers with a sense of smell is essential. “It’s far from trivial and it’s an aspect that has yet to be fully explored or embraced,” says Schnorr. “Step by step we are creating more and more capabilities, and once we have a suite of different capabilities we can bring it into your home in the form of smart, simple gas sensors built into our everyday devices.” Imagine the advantage of a sensor built in to your refrigerator that can not only tell you when it is time to use your produce but also sends a message to an integrated application on your phone with recipe suggestions. In other words, C2Sense intends to build convenience into our everyday lives in the not-too-distant future. 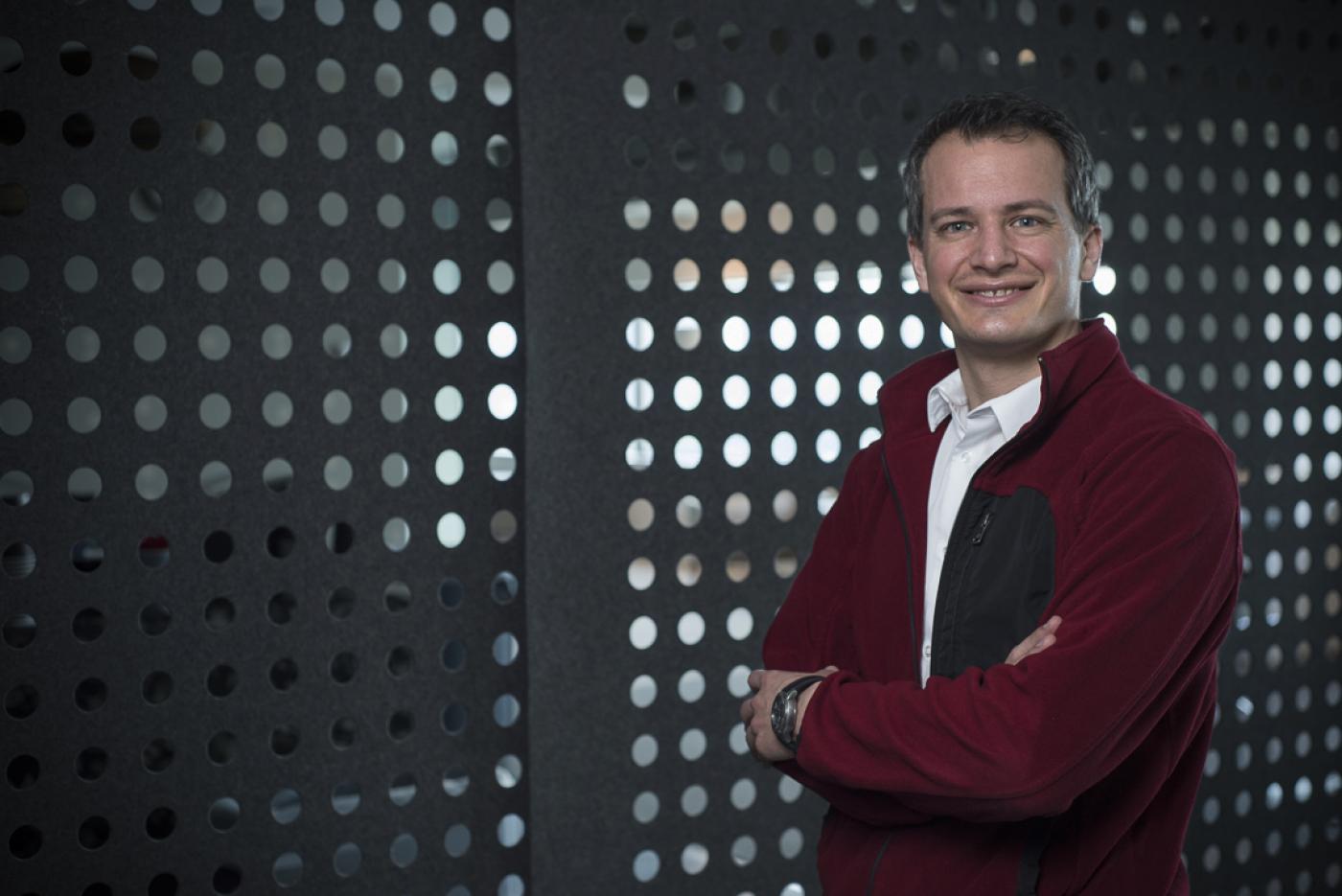