The regenerative medicine space has experienced tremendous activity in recent years. In 2018, the field saw investments of $13.8 bn worldwide—a 73 percent increase from 2017. The combination of advances made by biologists in stem cell-“code” manipulation combined with the efforts of companies developing stem cell-derived therapies has brought to light new possibilities for palliative and curative care. Recently approved by the FDA, CAR-T cell therapies demonstrated up to 94 percent remission rates in some severe types of cancer. “It’s an inspiring time,” says Nabiha Saklayen of Cellino Biotech. “We’re finally getting to a point where we might be able to cure diseases altogether.”

Whether it’s making human cells to test drugs or for use in replacement therapies, the crux of the matter is how to produce human-like tissues that behave like the cells in our body. According to Saklayen, typical industry approaches continue to rely heavily on classical biology. “We are perhaps the first to apply a laser-based approach, combining it with the other important pieces—biology, stem cell differentiation, image-based processing, machine learning, and biomaterials,” says Saklayen.

We are perhaps the first to apply a laser-based approach, combining it with the other important pieces—biology, stem cell differentiation, image-based processing, machine learning, and biomaterials.

Saklayen insists you’d be hard-pressed to find anyone doing stem cell therapy using the unique combination of technologies developed by Cellino. At present, the Cambridge, MA-based startup is applying their novel technology to retinal cell therapies, an area where early clinical trials are demonstrating the promise of stem cell-derived retinal sheets to restore vision. Cellino aims to play a significant role in curing diseases like age-related macular degeneration (AMD), which is the leading cause of blindness worldwide, and is projected to affect close to 200 million people by 2020.

Despite the success of early-stage AMD trials, Saklayen points out that the industry faces significant challenges. For example, effectively manufacturing high-purity sheets that integrate seamlessly into the eye has proven particularly challenging. So too has ensuring single-cell precision so that every cell has reached maturity. However, the Cellino platform uses the latest advances in image-based learning to track the cell differentiation process. By targeting single cells for genetic activation, or even removal—if, for example, a retinal cell isn’t differentiating properly, and is becoming an unwanted cell—their system ensures functionality by guaranteeing cell maturity. “We address a huge unmet need in the industry,” says Saklayen. “We’re bringing single-cell precision to regenerative medicine.” 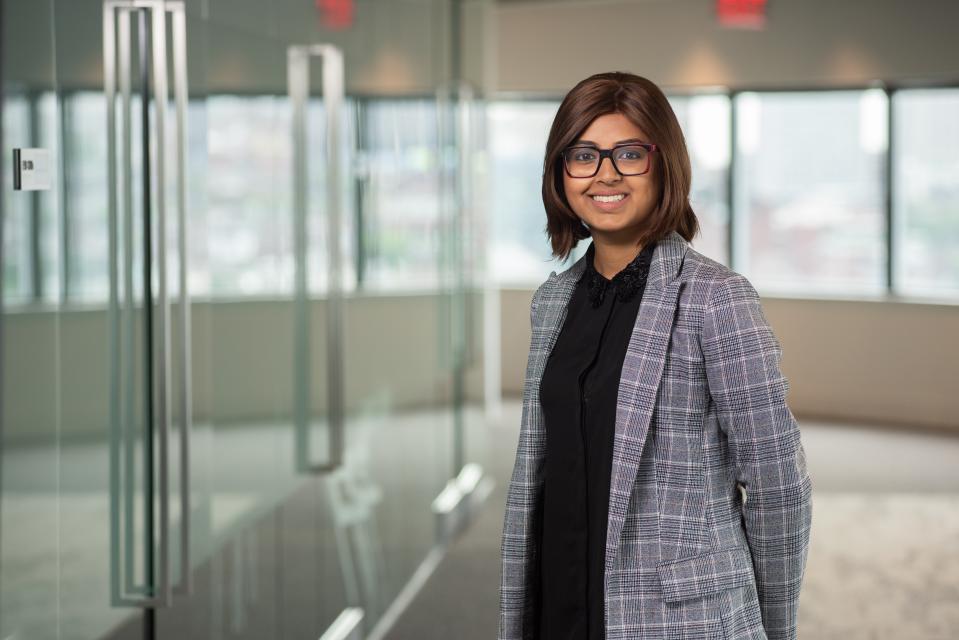 Saklayen started Cellino in 2017 with her former lab partner from Harvard University, physicist and nanomaterials expert, Marinna Madrid. Looking to build out their team on the engineering side, Saklayen and Madrid turned to serial entrepreneur and MIT Sloan Alum Matthias Wagner. “Matthias has tremendous industry experience,” says Saklayen. “As an early-stage startup, we’ve made a lot fewer mistakes thanks to his presence. We’ve made significant progress in a very short period of time. The team is a core part of Cellino—it’s what has brought us to this point,” she says.

Despite the notoriously competitive nature of the local startup scene, Cellino has found no shortage of interest from Boston’s top talent, including women, across company roles. Saklayen recalls a colleague asking how she managed to find female scientists to join Cellino, a stark reminder of the often-conspicuous absence of women in the technology realm. “The reality is that they find us,” says Saklayen. “It’s a very powerful experience to have the type of company that people want to be a part of.”

With seed funding raised from MIT’s venture, the Engine, Cellino now joins the ranks of STEX25, further strengthening their ties within the MIT ecosystem. “We’re working actively to build partnerships both locally and globally, and STEX25 gives us an even larger, more prominent platform to do that,” says Saklayen. “Having the support of the team at the Startup Exchange is incredible as we keep pushing forward.” Thanks in large part to Wagner’s presence, Saklayen has been able to leverage the considerable force of the MIT ecosystem. “The leadership of MIT is phenomenal, how they’re thinking creatively, guiding academics into the entrepreneurship lane. Much of what we’re doing at Cellino wouldn’t be possible without the support of MIT.”

In order to build out Cellino’s groundbreaking technology, Saklayen recognizes the importance of working with companies leading the way for stem cell therapies. At present, they are in meaningful discussions with top pharma players and some of the larger biotech enterprises pioneering the regenerative medicine space. Cellino’s business model positions them as manufacturers for companies that will commercialize their novel therapies. “It’s critical that we work with experienced partners capable of commercializing our product,” she says.

Doing high-quality partnerships that are meaningful and push real products towards the clinic is the number one priority for Cellino.

In fact, on her journey from scientist to CEO, Saklayen says her biggest takeaway has been recognizing the fact that to truly advance the state of stem cell therapies and curative care, it is essential to move the Cellino technology towards therapeutic applications. “Doing high-quality partnerships that are meaningful and push real products towards the clinic is the number one priority for Cellino,” she says.

“The next year for Cellino is all about solidifying our technology and data in the retina space,” says Saklayen. With a five-year-plan to move beyond small organ applications like the retina, Cellino already has large volume applications in the pipeline. And because their system is based on a machine learning platform, it won’t be long before they’re manufacturing these tissues without human involvement. “As the system grows and builds, we want to start moving towards larger volumes. The problem we’re solving of being able to make human tissues and cells in an automated, cost-effective manner is going to be a gamechanger for the entire industry.” 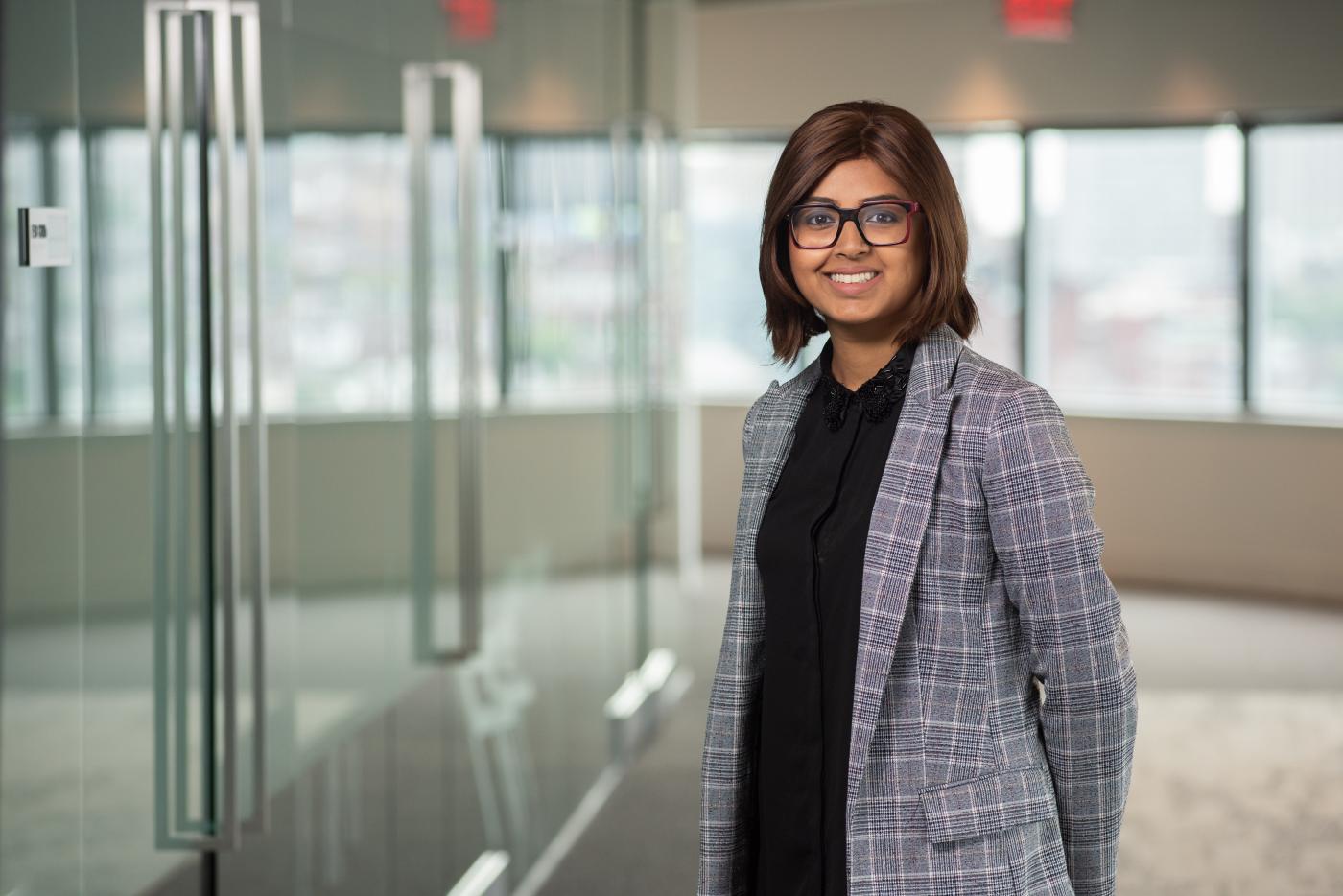