Traditional weather forecasts are generated by dedicated sensors including satellites, weather stations, and radar. Aside from being expensive to deploy, these standard approaches come with significant blind spots. Satellites can’t detect weather under cloud cover, radar miss ground-level weather, and weather stations only cover small areas—all of which leads to massive gaps in public weather data—the same information used by every weather company. And while radar has improved in the last 50 years, there are no new instruments, and no new layers of data—until now.

ClimaCell tackles the age-old issues surrounding weather forecasting from a unique perspective. “Rather than deploying more sensors, which would cost billions of dollars, we repurpose existing technologies to generate weather data,” says Rei Goffer, co-founder and Chief Strategy Officer of ClimaCell. “Our DNA is different from other weather companies,” he says. “We aren’t strictly a group of meteorologists looking for incremental change. We’re interested in disrupting the entire forecasting chain at every point.”

This end-to-end disruption begins with the fact that ClimaCell is the only weather company using software-based sensing. “We have millions of sensing points that no one else has,” says Goffer. Their software-based approach allows them to observe the environment in a more complete manner, which means they can generate more robust, accurate data, which in turn leads to pinpoint-accurate weather predictions at a micro level in real time. “We can literally predict and deliver real-time forecasts that differentiate the weather on one street to the next,” says Goffer.

Goffer and his team have created the most powerful weather engine the world has ever seen. Their proprietary weather models then translate these stores of new data into the most accurate weather forecasts available.

They do this by partnering with wireless and cable companies, tapping into millions of wireless signals and satellite networks that are weather sensitive in order to extract data from them. They also use millions of other weather sensors, including IOT devices, to deliver information missed by traditional weather sources. By combining data gathered from over 500 million new sensing points with data from 12,000 traditional sensing points, Goffer and his team have created the most powerful weather engine the world has ever seen. Their proprietary weather models then translate these stores of new data into the most accurate weather forecasts available.

Being the only company in the world using a software-based approach to the weather means a better understanding of what is going on in real time, better modeling, and better products. It also means ClimaCell has had no shortage of interest across a variety of industries. To date, they can count JetBlue, Ford Smart Mobility, and National Grid as investors and partners. “In addition to our unique approach to the weather, our partnerships are what make us special,” says Goffer. We have very strong partners working with us to develop solutions to their industry problems with the intention of taking those solutions to market.”

While the developed world suffers from gaps in weather data, the developing world is almost completely devoid of traditional weather sensors. “Places like India, Brazil, Africa, and Southeast Asia are lagging decades behind what we see here in the US or Western Europe in terms of weather sensors,” says Goffer.

The agriculture industry in particular feels the impact of this disparity. According to the United Nations Food and Agriculture Organization, more than 60 percent of the world’s population depends on agriculture for survival, with the majority of those people located in the developing world. As reported by World Bank, growth in the agriculture sector is two to four times more effective in raising incomes among the poorest compared to other sectors.

ClimaCell intends to have a major impact on agriculture-driven economic growth, food security, and poverty reduction. “The ability to bring cutting-edge water forecasts into developing places, providing emergency alerts, bringing better flood predictions, better data to farmers. This is what keeps us excited.” 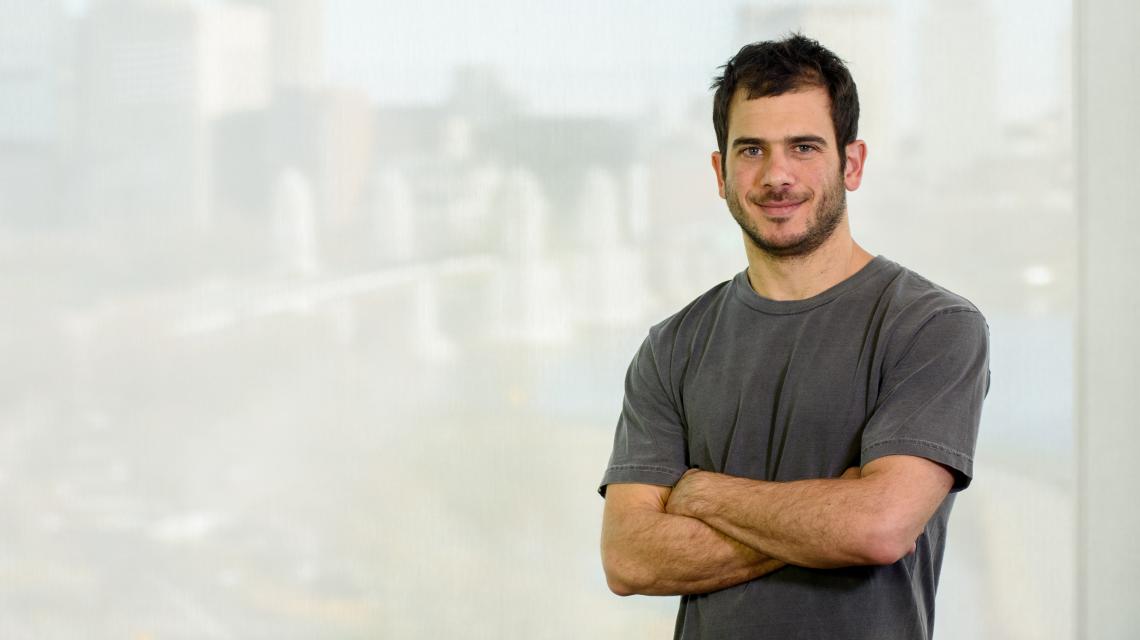 Goffer points out that ClimaCell’s technology will play a significant role in improving uptake of crop insurance in developing countries. In most developed countries, close to 100% of farmers are covered by crop insurance, meaning that if a US farmer’s wheat crop is destroyed due to the weather, the farmer won’t lose their livelihood. In the developing world, uptake of crop insurance hovers around 15 percent, in large part due to a lack of historical weather data. “Providing crop insurance in the developing world is very complicated. Insurance is always based on data; the more you know about the history of the weather, the history of crops, what is actually happening in real time, the lower the premiums and the more farmers you attract.”

However, in the agriculture-reliant developing world, insurance companies offer crop insurance at unaffordable rates, if they offer it at all. “If you can move from having 1,000 sensing points in a country like India—which is more or less what the government has—to having 100,000 sensing points—which is what we at ClimaCell have—the impact can be tremendous,” says Goffer. This means helping millions of farmers, impacting food security, and opening the door to precision agriculture, among other things.

Goffer and his co-founders struck upon the idea for ClimaCell while completing their MBA’s at MIT Sloan and Harvard Business School. “Being accepted into MIT’s Legatum Fellowship was especially helpful as we looked to launch and scale our fledgling company,” says Goffer. “We received endless support from faculty at Sloan and other departments, and we’re still in very close contact with many of them today.

Two years ago, ClimaCell was three friends with a PowerPoint presentation. Today they are backed by US $70 million in Post-Series B funding, with a team of 100 people who are experts in their fields. “Today we’re working on partnerships with some of the largest companies in the world: in the tech space, in energy, and mobility as well, not to mention some big governmental institutions. That’s our way forward, that’s our path to growth and scalability,” says Goffer.

As a select member of STEX25, Goffer understands what it means to be industry ready. “We’ve been serving customers since day one,” he says. “Having greater access to ILP industry members is hugely important for us. I look at the list of companies engaged with MIT and it’s fair to say that ClimaCell can have a tremendous impact on all of these companies, all of these industries. After all, the weather touches everything.” 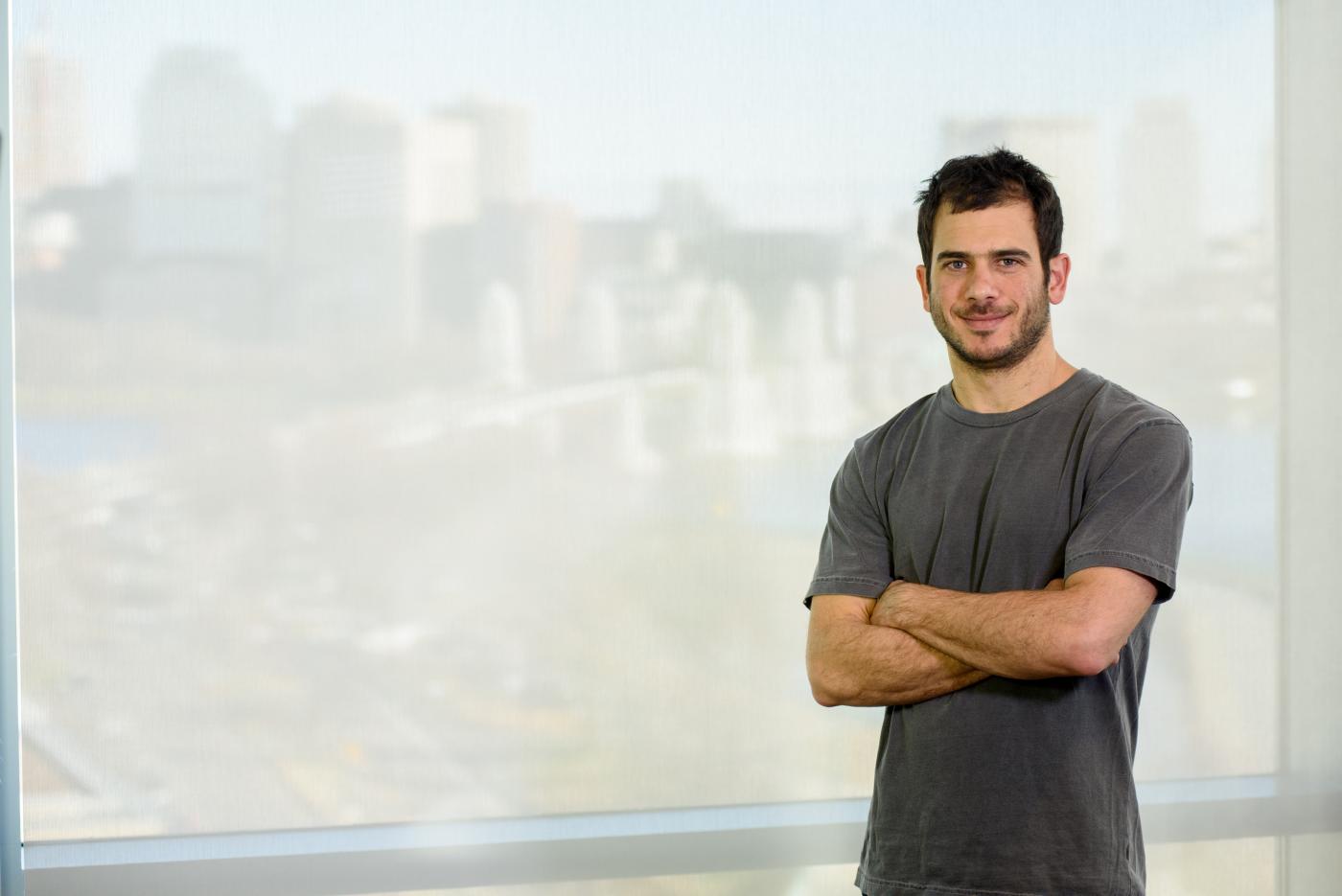