The Hard Parts of Data Science Made Easy

Emanuel Zgraggen is Co-Founder and CEO of Einblick Analytics, the MIT spinoff making data science more accessible, allowing anyone, regardless of domain specialty, to optimize their jobs with state-of-the-art machine learning and data science methods.

In January of 2018, Tim Kraska joined the MIT Computer Science and Artificial Intelligence Laboratory (CSAIL) as an assistant professor. Five months later, Emanuel Zgraggen arrived at the Institute to complete his post-doctoral research. He and Kraska had already spent several years working together at Brown University, exploring ways to make data science more accessible to a broad range of users. Zgraggen focused on human-computer interaction and visualization while Kraska supplied data management and machine learning expertise. To accommodate the scope of the project, they brought on Zeyuan Shang, Philipp Eichmann, and Benedetto Buratti, all respected researchers with ties to MIT and Brown University, who, along with Zgraggen and Kraska, would become the co-founders of Einblick Analytics.

In 2020, the research team was invited to present their findings at an industry-focused data science conference in San Francisco. Zgraggen recalls arriving with a big touchscreen to demonstrate early demos of the platform they had developed at the Institute. They knew the research community was interested in their work, but at the conference they were approached by business practitioners from diverse sectors with varying skillsets who recognized the platform’s potential for real-world impact and were eager to try it out. The event was a key moment in clarifying their decision to take the product to market.

Every company wants to take advantage of its data, which makes a domain-agnostic platform that allows non-data scientists to optimize their jobs with state-of the art machine learning and data science a game changer. Einblick Analytics spun out of MIT with seed funding from Amplify Partners, a Menlo Park-based venture capital firm focused on helping technical founders succeed. With Amplify’s support, Zgraggen and his colleagues transformed their academic prototype into a full-fledged product and began building out the functions of Einblick’s executive team.

Traditionally, data science teams work alone to solve problems. The technical nature of the work lends itself to silos in business settings. Presented with a problem, data scientists disappear behind closed doors, using Jupyter notebooks or code-heavy environments to interpret data. A week or so later, they return to share their findings with business stakeholders before heading off again to iterate. And so it goes; the process is time consuming, inefficient, and often results in solutions that may be sound from a technical perspective, but that misinterpret or don't address the business problem at hand.

“At Enblick, we believe good data science happens when people with different skillsets get together to share knowledge,” says Zgraggen. “Our platform allows anyone to iterate much faster on data science problems; it acts as a common language between business experts, domain experts, and more technical folks like data scientists.”

Our interface is like nothing else on the market. We’re the only platform that offers deep collaboration for data science

Einblick’s platform is based on three key innovations, starting with a fundamental redesign of the user interface. Imagine an interactive whiteboard where you can arrange and share your data analysis or data science workflows with multiple people in a virtual setting. This collaboration aspect—which has been popular in other software domains like document editing (Google Docs), graphic design (Figma), and interactive white boarding (Miro)—firmly differentiates Einblick from the crowd. “Our interface is like nothing else on the market. We’re the only platform that offers deep collaboration for data science,” says Zgraggen. 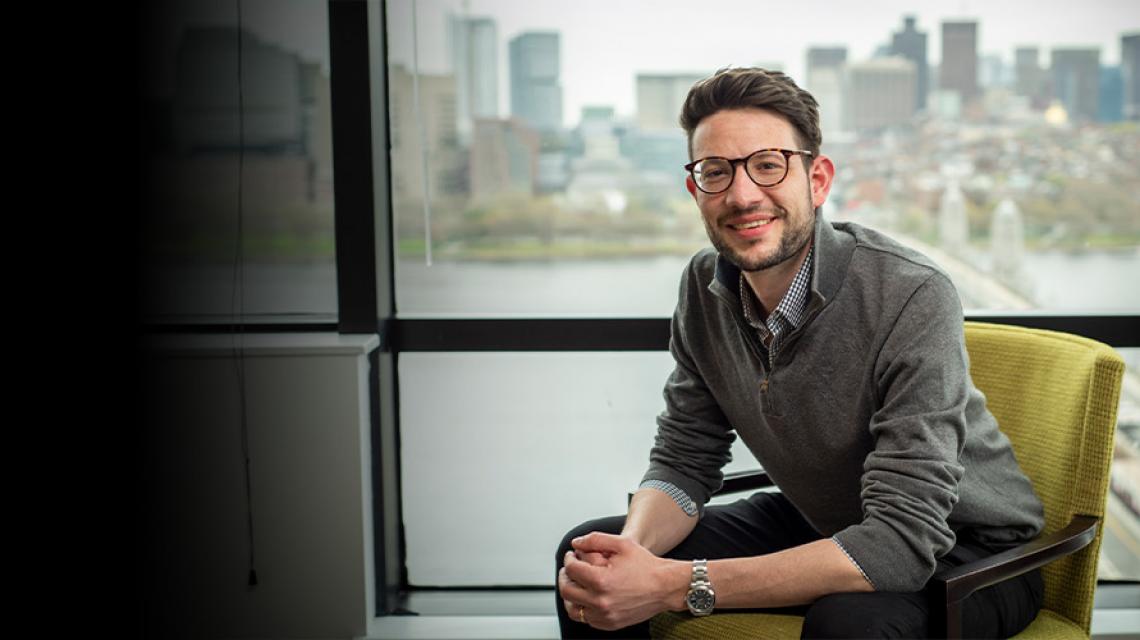 The second innovation involves the underlying data processing piece. “We wanted to create a very fluid, interactive environment where you never have to wait for answers, even when you’re working with a large dataset or the computation is extremely complex,” says Zgraggen. To achieve this, the Einblick team built a progressive approximation engine that starts out by analyzing a sample of the dataset and producing an answer based on that sample. As the user waits, the engine chugs along, scanning more data and delivering increasingly accurate results. Regardless of data size, it allows the user to monitor and debug their data without having to keep tabs on long-running jobs or queries.

Finally, Einblick’s platform encapsulates common data science tasks in a visual format that is easily digestible for non-technical practitioners. For example, the built-in automated machine learning operator in the system makes it easy to build predictive models. Meanwhile, the key driver analysis feature automatically teases out insights about what makes two groups of data different (e.g., what stands out about suppliers that deliver on time versus those that are late).

Einblick has already gained significant traction in the manufacturing sector. One of its largest customers is a US-based car manufacturer that uses the platform to optimize its supply chain. As Zgraggen explains, the company’s production line manager was interested in building a model to help predict which suppliers were at risk of missing delivery deadlines. He had never written Python, or any machine learning tasks, but using Einblick’s platform, he was able to build a machine learning model and deploy it as a dashboard that his team members now use to predict and monitor late suppliers. If the model says a supplier is off schedule, they can intervene by contacting the supplier or looking for alternatives.

Given Einblick’s deep roots in the MIT startup innovation ecosystem, it is perhaps no surprise that Zgraggen and Kraska engaged with the MIT Industrial Liaison Program (ILP) early on. “Since the beginning, we’ve had close ties with the Industrial Liaison Program,” says Zgraggen. “Some of our early adopters were introduced to us by MIT ILP. Now, we’re excited to join STEX25, and we look forward to engaging with more ILP member companies that are interested in using Einblick to democratize data science in the workplace.”

At Einblick, we’re working to become the de facto standard for any data-related tasks

In the near-term, Zgraggen says Einblick will continue to develop more product features so domain experts can easily derive insights from data that will benefit their domain and their company. By next year, Einblick will also look to raise its next round of funding to help build out the marketing and sales teams. “At Einblick, we’re working to become the de facto standard for any data-related tasks. Anytime you get a CSV file or an Excel file you want to look at, or anytime you're discussing a data problem with your colleagues, we want Einblick to be the go-to place to talk and work on these data problems.”