Accelerating AI at the speed of light

Improved computing power and an exponential increase in data have helped fuel the rapid rise of artificial intelligence (AI). But as AI systems become more sophisticated, they’ll need even more computational power to address their needs, which traditional computing hardware most likely won’t be able to keep up with. To solve the problem, Lightelligence is developing the next generation of computing hardware.

The Lightelligence solution makes use of the silicon fabrication platform used for traditional semiconductor chips but in a novel way. Rather than building chips that use electricity to carry out computations, Lightelligence develops components powered by light that are low energy and fast, and they might just be the hardware we need to power the AI revolution. Compared to traditional architectures, the optical chips made by Lightelligence offer orders of magnitude improvement in terms of high speed, low latency, and low power consumption.

In order to perform arithmetic operations, electronic chips need to combine tens, sometimes hundreds, of logic gates. To perform this process requires the electronic chip transistors to switch off and on for multiple clock periods. Every time a logic gate transistor switches, it generates heat and consumes power.

Not so with the chips produced by Lightelligence. In the optical domain, arithmetic computations are done with physics instead of with logic gate transistors that require multiple clocks. More clocks means a slower time to get a result. "We precisely control how the photons interact with each other inside the chip," says Yichen Shen, co-founder and CEO of Lightelligence. “It’s just light propagating through the chip, photons interfering with each other. The nature of the interference does the mathematics that we want it to do.”

This process of interference generates very little heat, which means Shen's optical computing chips enable much lower power consumption than their electron-powered counterparts. Shen points out that we've made use of fiber optics for long-distance communication for decades.  "Think of the optical fibers spread across the bottom of the Pacific Ocean, and the light propagating through thousands of kilometers without losing much power. Lightelligence is bringing this concept for long-distance communication to on-chip compute.”

We’re changing the fundamental way computing is done, and I think we’re doing it at the right time in history.

With most forecasters projecting an end to Moore's Law sometime in 2025, Shen believes his optic-driven solution is poised to address many of the computational challenges of the future. “We’re changing the fundamental way computing is done, and I think we’re doing it at the right time in history,” says Shen. “We believe optics is going to be the next computing platform, at least for linear operations like AI.”

To be clear, Shen does not envision optics replacing the entire electronic computing industry. Rather, Lightelligence aims to accelerate certain linear algebra operations to perform quick, power-efficient tasks like those found in artificial neural networks.

Much of AI compute happens in the cloud at data centers like the ones supporting Amazon or Microsoft. Because AI algorithms are computationally intensive, AI compute takes up a large percentage of data center capacity. Picture tens of thousands of servers, running continuously, burning millions of dollars worth of electricity. Now imagine replacing some of those conventional servers with Lightelligence servers that burn much less power at a fraction of the cost. "Our optical chips would greatly reduce the cost of data centers, or, put another way, greatly increase the computational capability of those data centers for AI applications," says Shen.

And what about self-driving vehicles? They rely on cameras and AI computation to make quick decisions. But a conventional digital electronic chip doesn’t “think” quickly enough to make the decisions necessary at high speeds. Faster computational imaging leads to faster decision-making. “Our chip completes these decision-making tasks at a fraction of the time of regular chips, which would enable the AI system within the car to make much quicker decisions and more precise decisions, enabling safer driving,” says Shen. 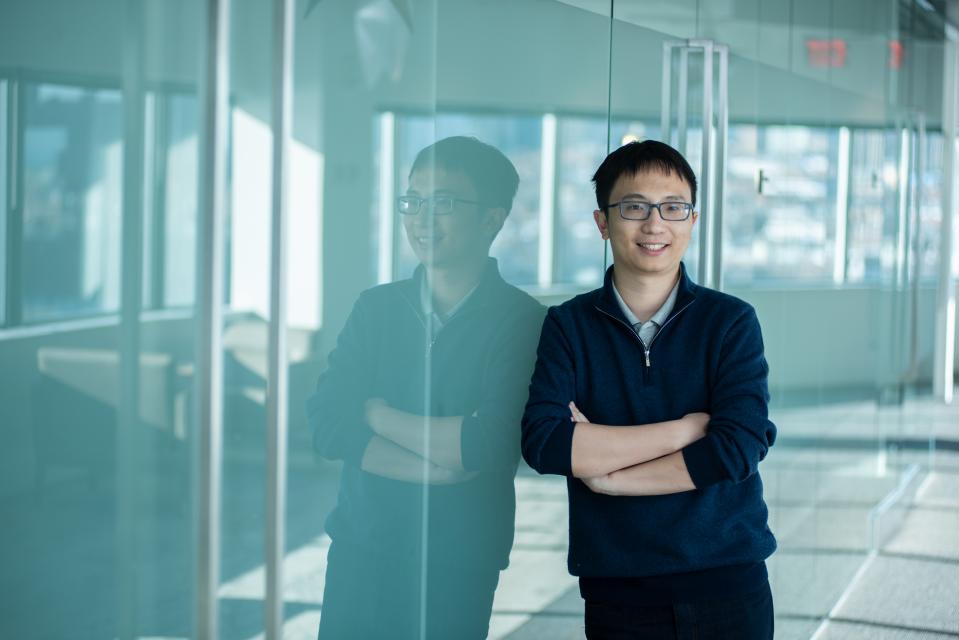 Lightelligence boasts an all-MIT founding team, supported by over 100 technical experts, including machine learning pioneers, leading photonic researchers, and semiconductor industry veterans intent on revolutionizing computing technology. Shen did his PhD work in the Department of Physics with Marin Soljajic and John Joannoupolos, where he developed an interest in the intersection of photonics and AI. “I realized that computation is a key enabler of modern artificial intelligence, and faster computing hardware would be needed to complement the growth faster, smarter AI algorithms,” he says.

Lightelligence was founded in 2017 when Shen teamed up with Soljajic and two other MIT alums. Fellow co-founder Huaiyu Meng also received his PhD in electrical engineering from MIT and now serves as chief technology officer at Lightelligence. Rounding out the founding team is Spencer Powers. Powers, who received his MBA from MIT Sloan, is also a Lightelligence board member with extensive experience in the startup world.

We’re not only the first, we’re the fastest in terms of execution. I stand by that.

Shen and his team are not alone in this new field of optical computing, but they do have key advantages over their competitors. First off, they invented the technology, here, at the Institute. Lightelligence is also the first company to have built a complete system of optical computing hardware, which it accomplished in April 2019. Shen is self-assured in the innovation potential of Lightelligence and what it could mean for the future, regardless of the competition. “There are new stories of teams working in this space, but we’re not only the first, we’re the fastest in terms of execution. I stand by that,” he says.

But there’s another reason Shen's not worried about the competition. He likens this stage in the evolution of the technology to the era when transistors were replacing vacuum tubes. Several transistor companies were making the leap, but they weren’t competing with each other so much as they were innovating to compete with the incumbent industry. “Having more competitors doing optical computing is good for us at this stage,” says Shen. “It makes for a louder voice, a bigger community to expand and enhance the whole ecosystem for optical computing.”

By 2021, Shen anticipates that Lightelligence will have de-risked 80-90% of the technical challenges necessary for optical computing to be a viable commercial product. In the meantime, Lightelligence is making the most of its status as the newest member of MIT STEX25, building deep relationships with tier-one customers on several niche applications where there is a pressing need for high-performance hardware like data centers and OEMs. 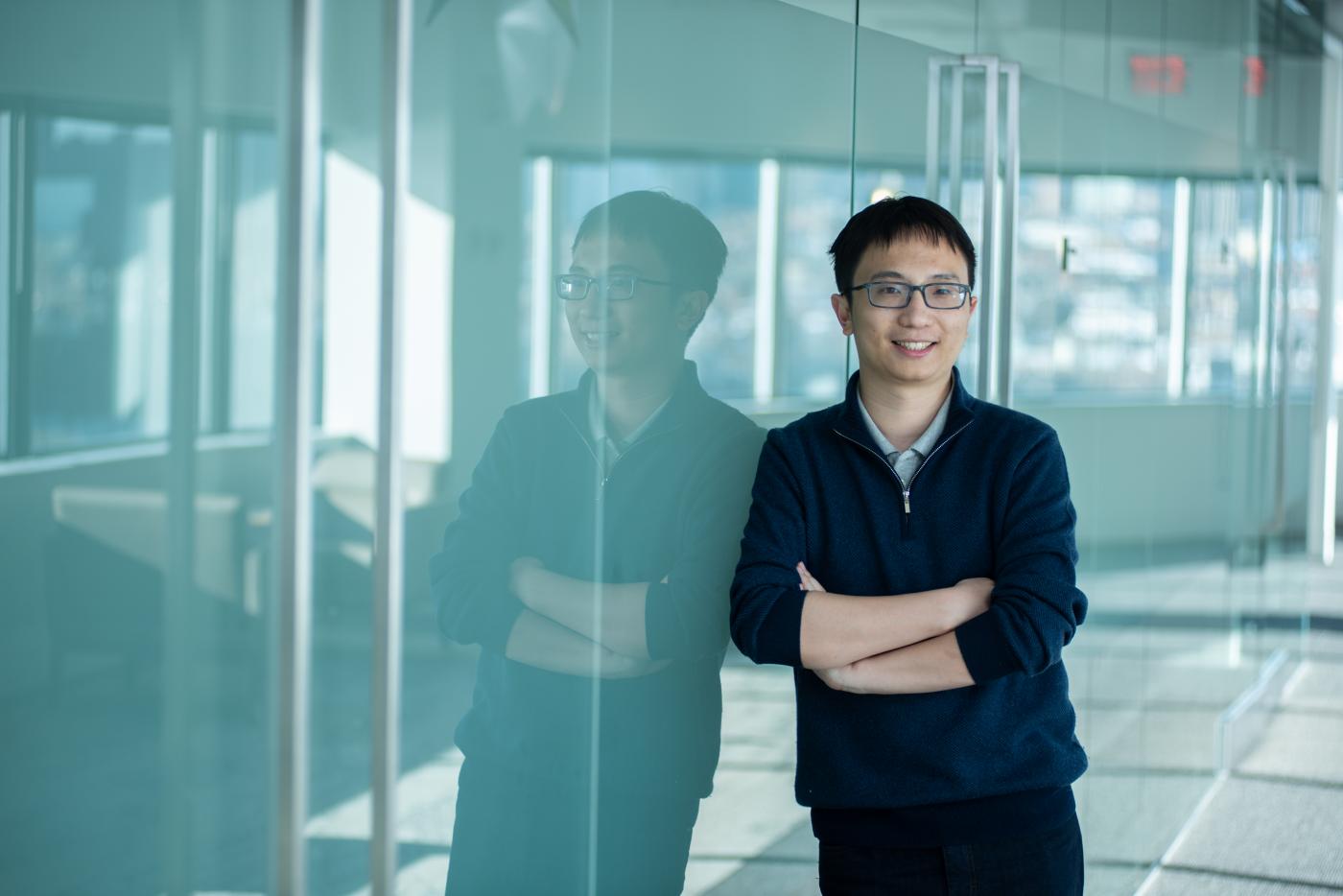