Pathologists play a vital role in diagnosing deadly diseases like cancer. Unfortunately, they don’t always get it right. In fact, studies suggest that in the realm of pathology the incidence of diagnostic error is in the range of 10-15%. If we consider that in a single day a pathologist working in a clinical setting examine close to 300 slides, each of which contains a small piece of tissue holding approximately 50,000 cells, it’s no surprise that mistakes are made. “A machine on the other hand, can look at every single pixel in an image and churn through that tirelessly. That’s what machines are good for: looking over a lot of data,” says Aditya Khosla, CTO of PathAI.

Co-founded in 2016 by Khosla and CEO Andy Beck, PathAI utilizes computer vision and deep learning to identify and diagnose cancer. More specifically, PathAI applies convolutional neural networks (CNNs) to the realm of pathology. CNNs, considered perhaps the most significant breakthrough in deep learning, are particularly adept at image recognition. In fact, CNNs excel at recognizing patterns in images without needing to be trained to recognize components that define an image.

Instead of specifying if a cancer cell is larger or has a different shape compared to normal cells, we provide the computer with example images of cells with cancer and cells without cancer, and the computer learns to do a superb job of identifying these cells. That is what we have built at PathAI to improve diagnoses and save lives in the process.

Khosla, who holds a PhD in machine learning and computer vision from MIT, makes it simple for us: “Instead of specifying if a cancer cell is larger or has a different shape compared to normal cells, we provide the computer with example images of cells with cancer and cells without cancer, and the computer learns to do a superb job of identifying these cells. That is what we have built at PathAI to improve diagnoses and save lives in the process.”

Khosla and Beck joined forces to win the Camelyon16 Challenge, the goal of which was to identify metastatic cancer in lymph nodes. Having been given training data (i.e., slides from patients with cancer and without cancer), their goal was to train a model to identify cancer in new slides. Competing against their machine were human pathologists. While the human pathologists had an error rate of 3.5 percent in competition setting, Khosla and Beck’s fully automated system had an error rate of just .6 percent.

Perhaps more telling was that when the same test was given to pathologists in a clinical setting—meaning less time and attention for each slide, among other things—the average error rate for human pathologists increased to 15 percent, whereas Khosla and Beck’s machine maintained a consistent error rate of .6 percent. “That was a very significant advance compared to systems that had existed before,” says Khosla. “Since that time, our goal has been to put a pathologist together with our machine to bring that error rate down to zero. Because what we really want at PathAI, is to get the right diagnosis for every patient every single time.”

Winning the Camelyon Challenge so handily turned the heads of two major players in healthcare: Bristol-Meyers Squibb and Philips. “They saw how promising the technology was and really wanted to try it out on their data,” says Khosla. “Since that time, we’ve seen that we can get results that are even more reliable and more robust. We’re also starting to develop systems much more quickly than we could before.” 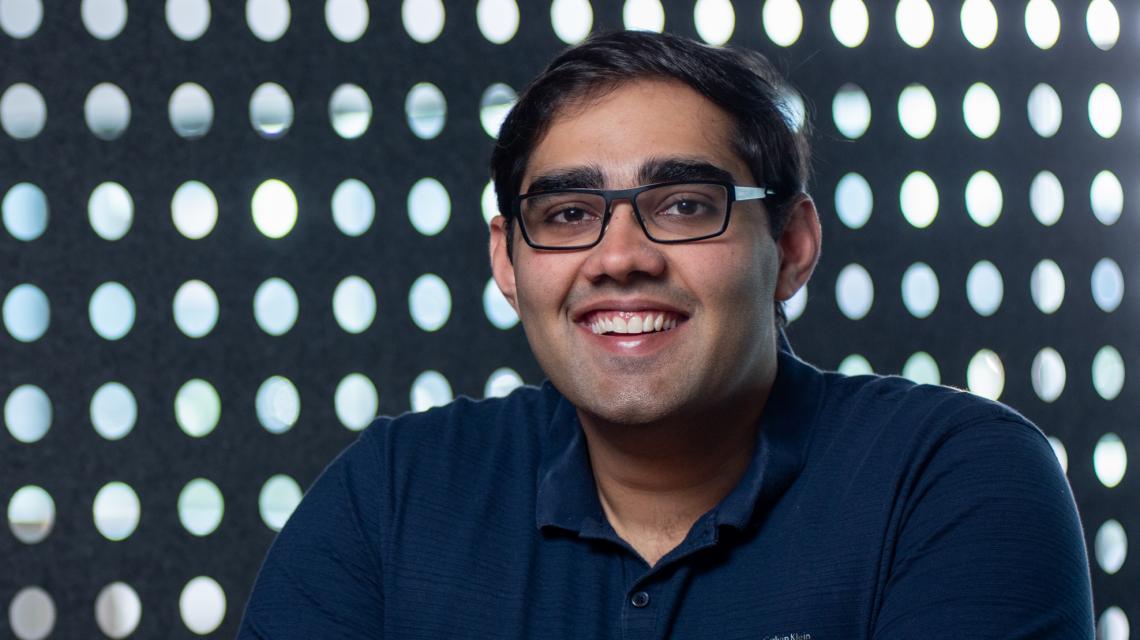 Khosla notes that while the PathAI system is built from scratch, his PhD research at MIT directly impacts his work today. On the other hand, Andy Beck has an MD from Brown Medical School and a PhD in Biomedical Informatics from Stanford University, where he developed one of the first machine-learning based systems for cancer pathology. Says Khosla, “Andy has a deep knowledge of medicine and machine learning. In large part, it is due to his unique ability to combine these disciplines that we’ve been able to build something that is both tractable from a machine learning perspective as well as useful from a medical perspective.”

Today PathAI has a team of nearly 40 people, and that number is set to grow by the end of the year. On the tech side, it’s a team filled with scientists from top institutions. On the software engineering side, PathAI’s ranks are swelled with former members of the best tech companies, including Google and Microsoft. It’s a team that has allowed Khosla and Beck to deliver promising results to partners at a rapid rate.

PathAI typically collaborates with pharmaceutical companies, diagnostic labs, and academic medical centers. Much of the work they do with pharmaceutical companies entails developing systems for automating reads of pathology data. In the field of immune-oncology, PathAI has proven extremely effective at assisting companies working with biomarkers to identify new drug pathways, while improving patient outcomes and helping to improve the design for future clinical trials.

The role that we hope to play, is essentially to give pathology labs a better reason to digitize their data.

For diagnostic labs, PathAI designs decision support tools to help make pathologists more accurate and efficient by providing systems that help diagnose diseases. PathAI’s system highlights the different areas on a slide where it thinks there might be cancer, which directs the attention of pathologists and reduces the amount of time spent reviewing a particular case. “One of our biggest goals is to have a huge impact on patients who are actively suffering from diseases,” says Khosla. “This effect will come through our decision support tools developed for diagnostic labs and companion diagnostics developed for pharmaceutical companies.”

Interestingly, PathAI might be at the forefront of revolutionizing pathology in more ways than one. According to Khosla, the majority of pathology isn’t digital, and this is mostly due to the fact that storing digital data is more expensive than storing physical data. “The role that we hope to play, is essentially to give pathology labs a better reason to digitize their data,” he says.

By improving disease diagnoses and saving lives in the process, Khosla and PathAI have developed a reason to spur the process of digitization in the realm of pathology. 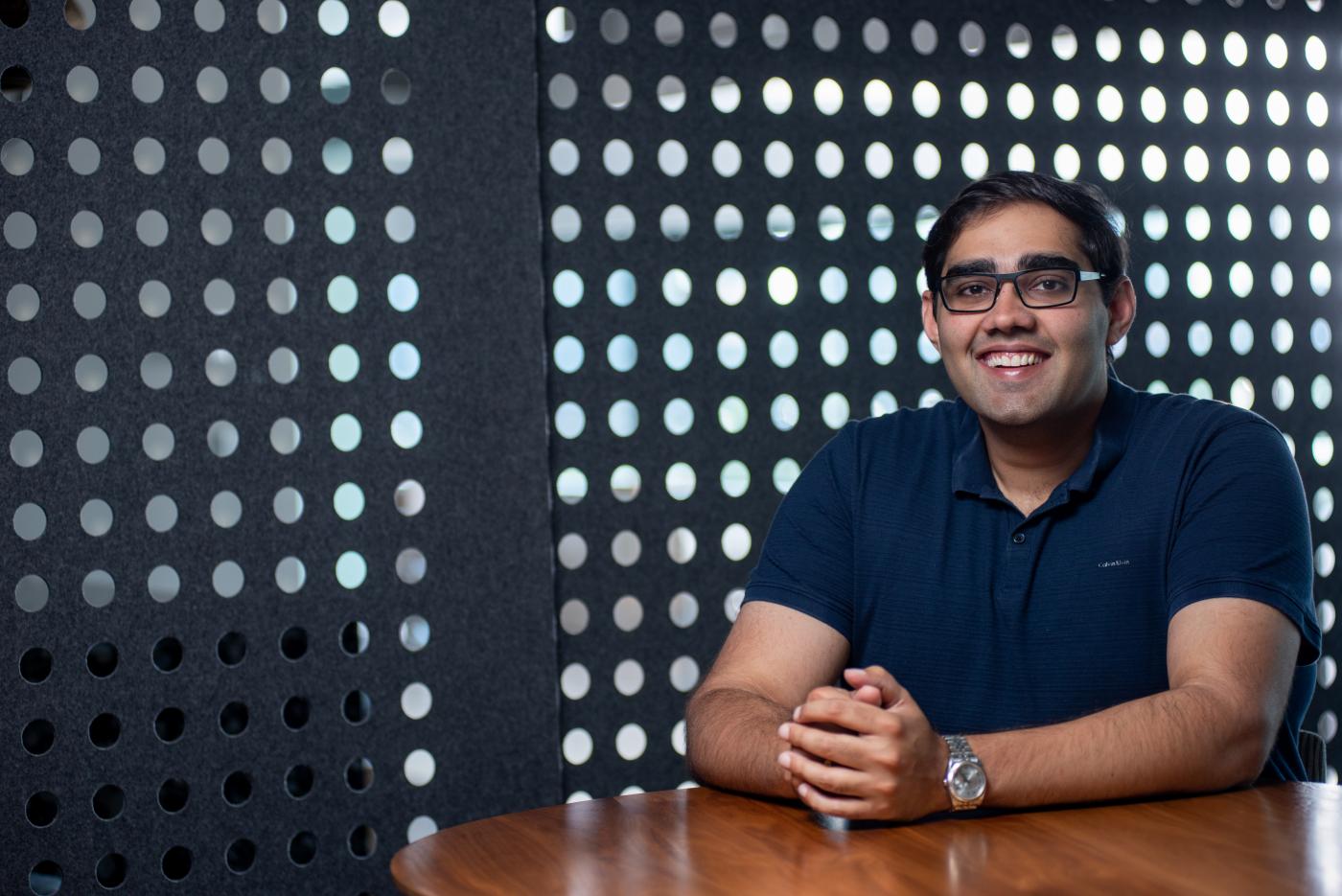