Improving profitability in the digital age

The profit and loss (P&L) statement, otherwise known as an income statement, has been around for about 200 years. By showing how money flows into a company and how it flows out, it’s intended to demonstrate the ability of a business to generate profit. But, according to John Wass, CEO of Profit Isle, it doesn’t provide nearly enough visibility into the underlying activities that actually drive profitability.

Profit Isle’s software-based solution uses artificial intelligence and big data analytics to help companies understand the true landscape of their profitability and improve that profitability by 10-30% in the first 12-18 months of implementation. “We uncover hidden profits that companies can’t see with their existing systems,” says Wass. “Within 3 weeks, the visibility we provide allows companies to begin taking direct steps to improve their processes and adapt to the digital age.”

We uncover hidden profits that companies can’t see with their existing systems. With the visibility we provide, companies can take direct steps to improve their processes so they’re adapting to the digital age.

In the age of mass markets, standardization was king; companies distributed goods to broad, homogeneous markets, and market segments, without much variation. Today, in the age of precision markets and mass customization, this one-size-fits-all approach has been replaced by a process that sees companies choose and manage the development of different relationships with different customers. It’s a time of account-driven competition; supply chain innovation; precision account targeting; focused and aligned, flexible market engagement; and functional department integration and ongoing alignment.

“Our value proposition is that we love complexity,” says Wass. “There are so many things happening right now; competition is coming from so many directions. In today’s marketplace, there’s no such thing as just a manufacturer. Manufacturers have to be distributors, and now retailers. That complexity is increasing across the board. We’re here because you need new tools to handle that level of complexity. And that’s what Profit Isle does.”

The Profit Isle solution is designed to help companies thrive in this new era, allowing them to adjust the activities in a process to reflect what is happening in real time, through the lens of profit metrics and the feedback of profitability. Consider the Profit Isle customer that prided itself on next-day delivery. Careful analysis using the Profit Isle solution uncovered a $40 million opportunity to selectively not ship the next day. Instead of a next-day shipping company, they became a best-day shipping company, putting power in the hands of their customers by asking when they wanted to receive their packages.

“By shifting more of their business to days that weren’t the next day, they dramatically reduced their overall cost to deliver,” says Wass. “They reduced their overtime costs in their distribution centers, and they improved their stock levels because their ability to respond changed with the speed at which they had to deliver. Most importantly, it reflected the needs of the customer.”

The Profit Isle solution drives the P&L statement down to every invoice line of every single transaction, using dynamic cost functions to provide a true 360-degree view of your business and its profitability. Underneath the averages provided by an income statement, there are concentrations where profit is increased (profit peaks) and concentrations where profit is lost (profit drains). But if you can’t see these peaks and drains (i.e., where you are making money and where you are losing money), how can you be expected to make informed decisions to improve profitability? 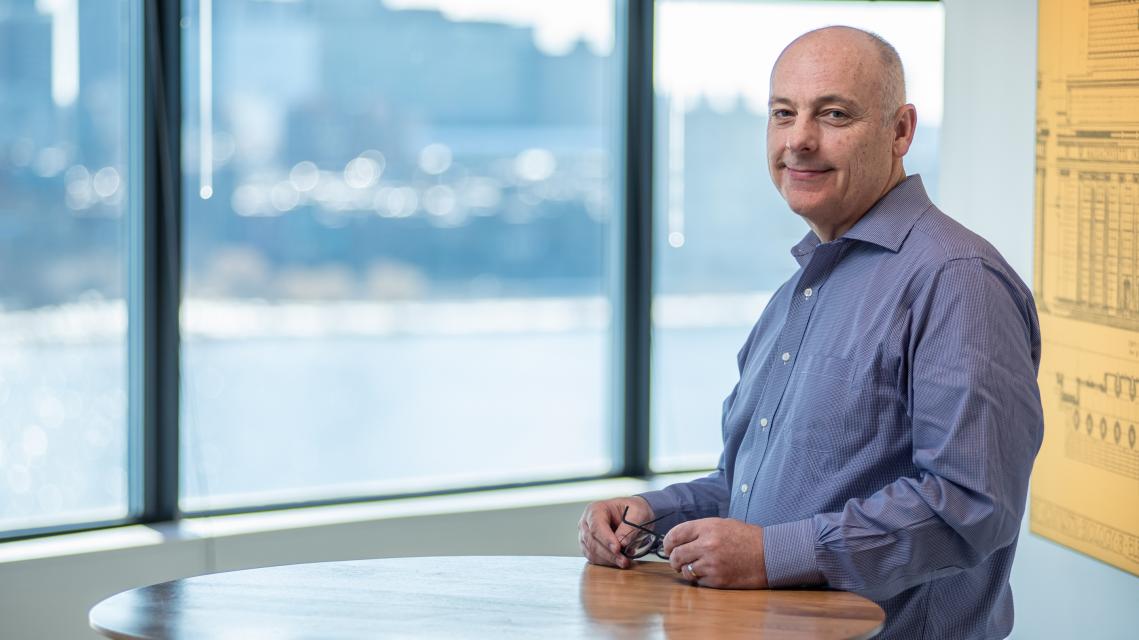 Most companies use revenue and gross margin as the two major levers to drive profitability. But, according to Wass, you need other profit levers to improve profitability and respond to what’s happening in today’s digital revolution. “We’ve put over a hundred billion dollars of revenue through our model, and we can confirm through our data that gross margin is not correlated to net profit,” says Wass.

The point is, today’s P&L statement is outdated, even inaccurate, as a mode of truly understanding the profitability of your business. “Companies simply don’t have the tools yet in finance to see profitability at the atomic level of the company,” says Wass.

But It’s something Profit Isle provides. If you buy a shirt and a pair of pants on Tuesday, Profit Isle has a separate P&L for the shirt and for the pair of pants. If someone else buys the same shirt and pants combination on Friday, you guessed it, a completely separate P&L for each item. Because of the level of detail, Profit Isle can present the information in any combination: by shirt or by customer, by day of the week, by time of day, or by the store—whichever way your company looks at their business.

Once the profit peaks and drains of a business have been identified, Profit Isle figures out why there’s a difference between those peaks and drains and how to maximize profitability. It does this with proprietary advanced analytics and machine learning algorithms that identify the critical patterns, or profit levers, that are actually driving a business forward. In other words, once you understand the patterns of profit and loss, you can adjust your processes so the people working in your company can make better real-time decisions to improve profitability.

“This is the new way to look at profitability,” says Wass. “People aspire to that, and our software makes it a reality.” A reality made possible by Wass’ colleague, Jonathan Byrnes, otherwise known as Profit Isle’s Founding Partner and Chairman. Byrnes has been a Senior Lecturer at MIT for 30 years; he earned a DBA from Harvard University, and he is the President of Jonathan Byrnes & Co., a consulting company that he founded in 1976. He has advised more than fifty major companies and industry associations, and he currently serves on the board of MSC Industrial Direct, an NYSE company.

This is the new way to look at profitability. People aspire to that, and our software makes it a reality.

He also wrote a book called Islands of Profit in a Sea of Red Ink, the core concepts of which form the basis for Profit Isle. Wass met Byrnes back in 1999. “I came to MIT after my first startup experience at a little company called Staples,” Wass says with a wry smile. He joined the office supply giant in its early days and played a key role in pioneering the idea of the loyalty card before moving into supply chain management. “I came to get a PhD, but I ended up getting a master’s degree and starting companies.” His last startup, WaveMark, was one of the first internet of things companies. It used RFID to track medical devices around the world.

Wass sold WaveMark in 2013, which freed him up to partner with Byrnes, building out the ideas articulated in Byrnes’ book. Today, Profit Isle works with a broad range of companies, including manufacturing, distribution, retail, transportation, and financial services. As Profit Isle assimilates new datasets their solution grows more robust, improving their ability to comb through massive datasets and shine a light on critical patterns that allow management teams to make the right decisions at the right times; from resource allocation decisions to strategic decisions necessary for pivoting in an increasingly complicated marketplace. 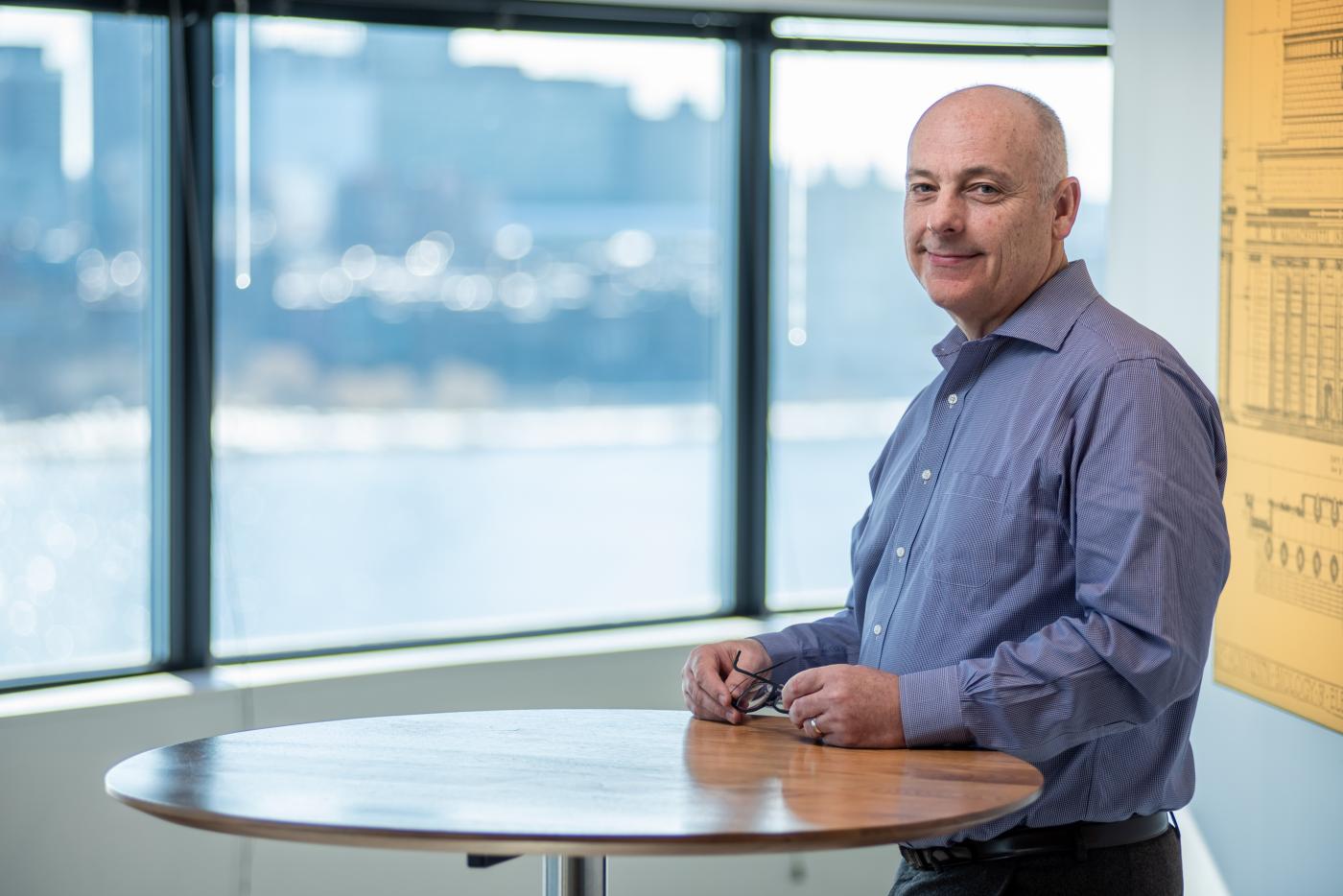