Silverthread, Inc. is a software economics company—not a code quality company or a systems architecture firm. CEO and co-founder Dan Sturtevant is very clear about the distinction. In contrast to many of their competitors, who tend to stress code quality measures and only speak to technologists in an organization, Sturtevant and his team diagnose the technical health of systems from an economic standpoint, bridging the gap between business-focused executives and the technical side of an enterprise for better collective decision making. “We like to think of ourselves as focused equally on the health of a system and providing a deep understanding of software development performance so that business managers can make better decisions across that boundary,” he says.

Studies show that fifty percent of the money an organization invests in software might be wasted. The notion that software is eating the world is perhaps more apt today than it was when venture capitalist Marc Andreessen first coined the phrase back in 2011. However, due to the perception that software is the realm of specialized practitioners alone, senior managers often rely on technical experts, and call it a day without taking the time to understand the direct link between the technical health of their system and the economic implications for their company.

However, as organizations move towards greater reliance on highly complex software to cope with technological change, dialogue between both sides of the house is essential for a healthy and economically sound ecosystem. “Right now, it’s difficult for the CFO and the system architect to communicate effectively,” says Sturtevant. “We can quantify the relationship between the technical architecture of a codebase and its economic impact so the CFO and the architect can have productive conversations about how much money should be spent improving the technical health of their system so they can be most effective as an organization.”

Silverthread can quantify the relationship between the technical architecture of a codebase and its economic impact.

Silverthread’s CodeMRI® Platform allows organizations to translate software health metrics from both an architectural health standpoint and from a code quality standpoint into quantifiable business metrics centered around software economics (revenue generation, cost reduction, and optionality for new businesses). Given a new codebase, Silverthread ingests that code into their platform and runs it through predictive models to provide a clear understanding of the technical health of the system and the economics of working in that particular system. In an enterprise with a portfolio of 100s or 1,000s of codebases under development, Silverthread’s models can help executives make informed financial ROI-based decisions about which projects are in good shape, which codebases should be refactored, and which systems to scrap. The promise of Silverthread’s approach is that subjective opinion can be replaced with data-driven models, significantly improving long-term business performance. 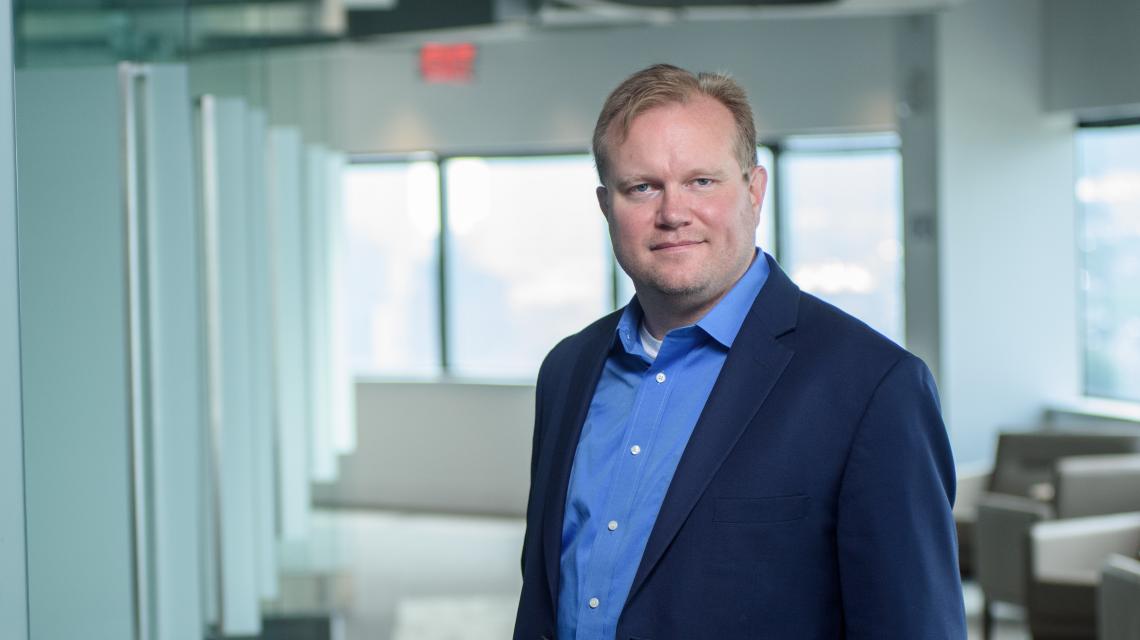 Their platform also has the ability to tap into and calibrate models of management systems (e.g., version control systems, issue tracking systems) and use machine learning for more refined adjustments and to improve predictive models. In addition to the fact that Silverthread’s tools measure their own ROI by design, recently added capabilities include the ability to deconstruct current software problems and to set controls and rules to prevent new problems—sending an organization on a path of improved technical health and improved economics for the future, measuring both along the way.

An essential tool in the Silverthread arsenal is its growing data vault of 7,000 systems, which allows Sturtevant and his team to give customers a well-rounded view of their codebase while explaining how their system measures up from an industry perspective. “One of the things to understand, is that all of the codebases we see have technical health challenges of one kind or another,” says Sturtevant. “Software has only been around for 50 years, and no one has figured out how to do it perfectly. People need to know that we’re all in this together. In terms of technical health, being able to see where you sit relative to others is important as an organization grows.”

We work with organizations that have complex systems with the potential to do great good and to do great harm if they malfunction.

Since starting up, Silverthread has expanded beyond its initial contracts with the Department of Defense—including a 3-year deal signed in January of 2018 with the US Air Force to deploy the CodeMRI® Platform across various mission critical programs—to work with companies across industries in multiple verticals, including healthcare, automotive, aerospace, and medical devices. “Very often, we work with organizations that have complex systems with the potential to do great good and to do great harm if they malfunction,” says Sturtevant.

Customers use Silverthread’s technical assessments not only to predict defect density and developer productivity but also to assess the risk associated with shipping products that have the potential to cause real damage. “Several people have used our assessment to get a better handle on what their risks are and then used our tools to help them fix those systems to mitigate those risks,” he says.

Silverthread recently used predictive analytics to help one of their customers sift through a challenged large legacy codebase to determine waste in order to make the case to secure funding to pay down technical debt before completely eliminating health issues in their codebase. Not long after, Silverthread came in and reassessed. Their findings included a threefold increase in productivity. “Their customers are much happier with their performance since going on this journey with us,” says Sturtevant.

Sturtevant says they’ve also begun assisting with due diligence during the mergers and acquisitions of software companies.  For example, Silverthread has partnered with Synopsys to create a new Design Quality Audit (DQA) service being used by large multinational corporations and private equity firms.

Silverthread’s technology is based on 15 years of research and development at MIT and Harvard. Sturtevant, who earned both his MS in engineering and management and a PhD in engineering systems from MIT, has more than 20 years of industry experience as a software architect and engineer, manager, and developer. His domain experience spans data analytics, computational simulation modeling, cryptography, virtualization, Linux supercomputing, and the fusion of satellite data. However, it was while studying systems design at the Institute that Sturtevant met his PhD advisor, Alan MacCormack, and Harvard Business School professor Carliss Baldwin, both of whom had been developing new ways of measuring the technical health of software systems.

Sturtevant found that their automated techniques of measuring the health of codebases were highly predictive of the challenges that he faced earlier in his technical career. “When I started working with Alan and Carliss, we began statistically connecting technical health measures to business outcomes.” Specifically, how technical health relates to things like defect density and developer productivity, and how that impacts agility, risk, waste, and cost. Recognizing the demand for their work, Sturtevant, MacCormack, and Baldwin joined forces with former MIT researchers and serial entrepreneurs Sunny Ahn and Michael Davies, to commercialize their technology in 2013.

Now a team of 20, Silverthread joins the ranks of STEX25 having helped more than 100 commercial and government customers gain visibility into their software design quality, quantify risk, understand cost of ownership and risk consequences, fix systems, and drive economic results from better software decisions. “It’s a real honor to be invited to be part of STEX25,” says Sturtevant. “We’ve grown a lot in the past five years. We’ve gotten good proof points, both in the DoD and in industry, demonstrating that executives have a real appetite for better understanding the health of their codebases and how they impact the economics of their organization. It’s great to have that kind of validation.” 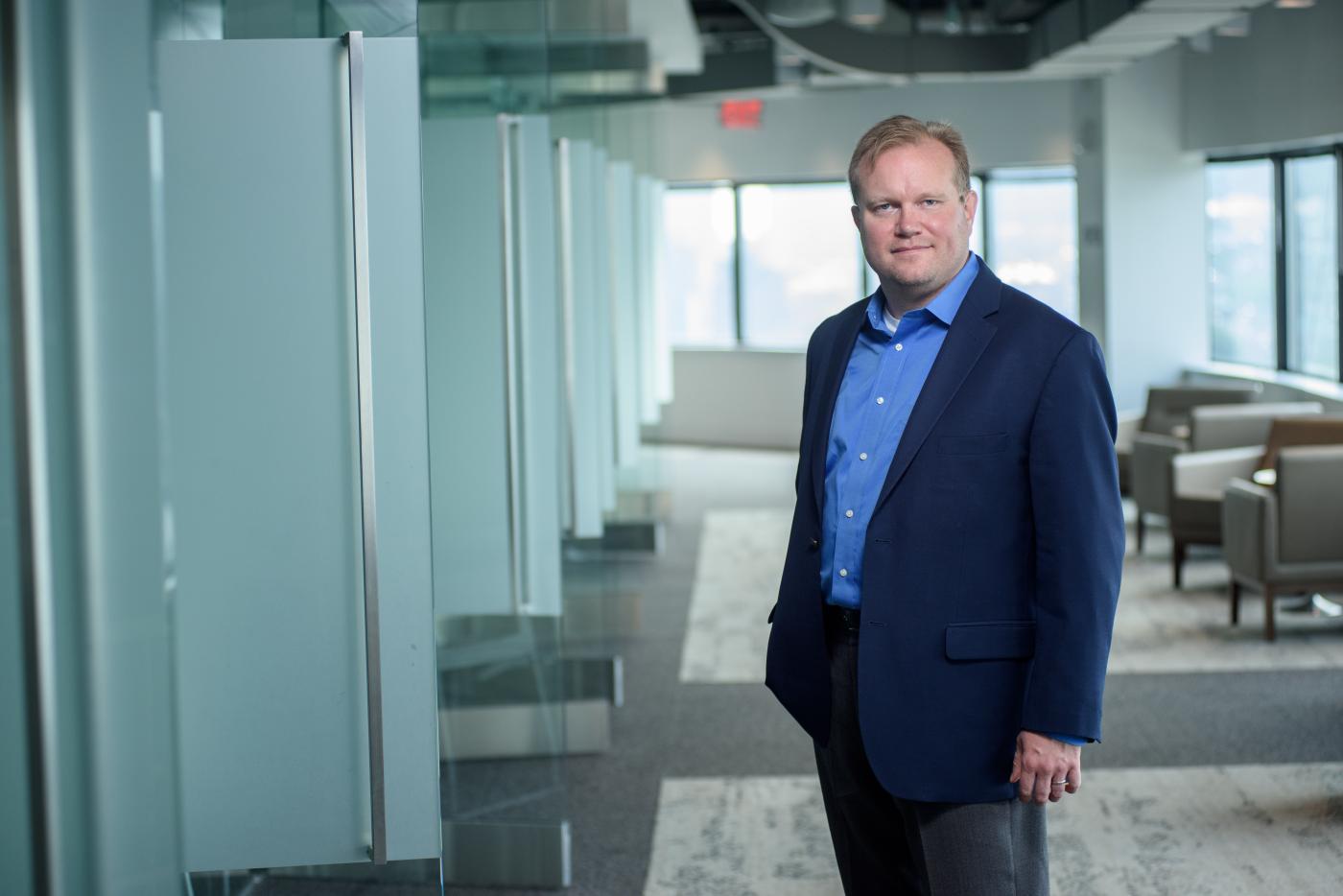