The US electric charging station market is red hot, with the business expected to grow from just over $9 billion in 2019 to $70 billion by 2026. Investors have been piling on, buoyed by the $7.5 billion in the 2021 infrastructure bill targeting EV chargers and the Biden administration’s vow that half of all cars sold in the US in 2030 will be electric.

Everyone knows the US will eventually follow China and Europe in their fast adoption of electric vehicles (EVs), but when and where are far from certain. Less than 4 percent of cars sold in 2020 were fully electric and only 110,000 public charging stations had been installed in the US by mid-2021. EV sales are still dominated by affluent consumers who can afford to install their own chargers in their garages. It is unclear how quickly urban and lower-income buyers who are not as likely to install a charging unit will join them and boost demand for public charging stations.

Despite all the uncertainty, new software from a startup called Stable Auto can help charge point operators (CPOs) answer one essential question: Where to locate their stations.

“Charging stations in the US are very underutilized,” says Rohan Puri, CEO of San Francisco based Stable Auto, an MIT STEX25 member. “The fast chargers that are coming to dominate the public charging market are used for only about 1 percent of the day. After looking into the data, we found they were placed in all the wrong areas, and the vast majority will never pay back.”

“Charge station siting is a very complex problem,” says Jamie Schiel, Stable Auto’s co-founder and CTO, who met Puri when they were staff at MIT Media Lab working on computer vision and ML projects. “If you do it wrong, you end up paying a lot more than you need to, especially with the larger, faster Level 3 technology everyone is moving to, which can cost $100,000 per charging unit.”

Stable Auto was modeled on the location intelligence industry for retail. “Instead of helping you decide where to put the next Starbucks, the Stable Evaluation Engine can tell you where to put your charging stations,” says Puri.

Instead of helping you decide where to put the next Starbucks, the Stable Evaluation Engine can tell you where to put your charging stations.

Stable’s software is designed for any organization that plans to install a charging station, from nationwide CPO chains to utilities, municipalities, and smaller businesses. Some of the CPOs use hybrid business models by renting out charging units to retailers and other companies that install them in their parking lots. Recently, Stable has seen a lot of adoption from charging unit manufacturers that want to advise their clients on siting.

To make siting decisions, CPOs have typically used spreadsheets with varying amounts of data on EV registration, energy tariffs, and sales forecasts. The analysis can quickly become unmanageable, even when choosing sites within a single city.

“Each of our site assessments has over a million data points, which is too large to open in a spreadsheet,” says Schiel. “But we have the infrastructure to let customers work with multiple site assessments at a time.” 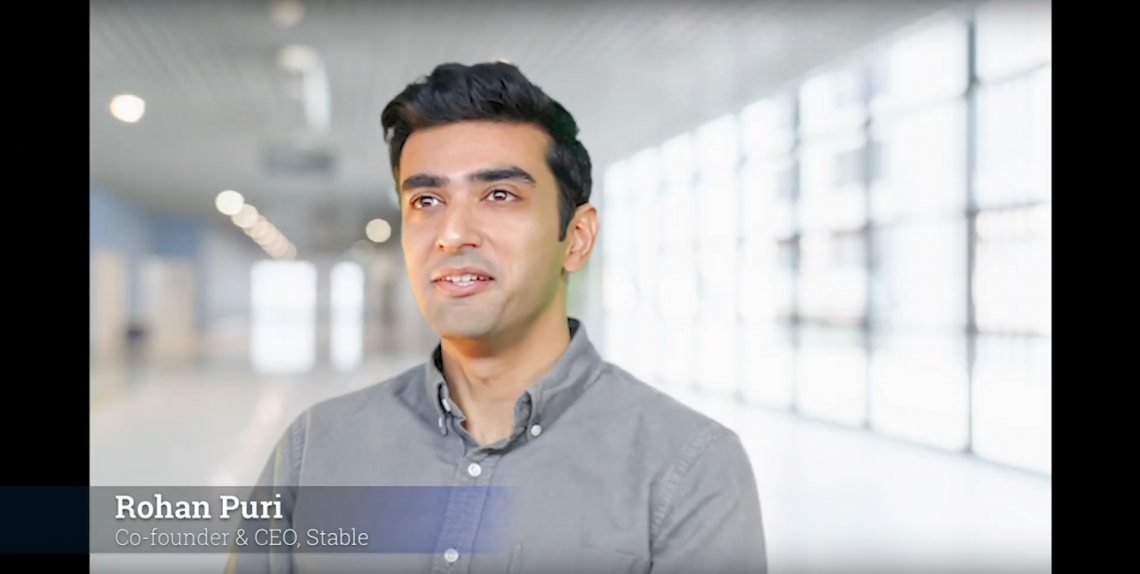 One common error in siting is an overdependence on sales forecasts, says Puri. “Most CPOs base their decisions primarily on projected EV demand,” he says. “They look at how many miles people drive in a particular area and calculate how much charging capacity is needed there.”

The Stable Evaluation Engine differs in that it depends more on historical data, which leads to fewer assumptions. “We look at the stations that are utilized and correlate that data with 40 different factors like traffic volume, EV registration, penetration data, income levels, demographics, housing types, and more,” says Puri. “We can then predict what the utilization of a site will be in the first year of operation.”

The Stable Evaluation Engine draws on data from over 2,700 DC fast chargers across the country covering over 30 million charging events. “We use the data to train ML models to ask about the market dynamics, amenities, and other factors that led to a station’s performance,” says Schiel. “No single person is going to have all that knowledge.”

We look at the stations that are utilized and correlate that data with 40 different factors like traffic volume, EV registration, penetration data, income levels, demographics, housing types, and more. We can then predict what the utilization of a site will be in the first year of operation.

In addition to offering visualization tools for massive datasets, Stable Auto adds value by continually updating the data with the latest information, including tariff rates and EV sales. “Many of our customers have used the same spreadsheet for years, but in that time many OEMs have dropped out and others have emerged, and there are new rates and new administrations,” says Puri.

One common mistake in siting stations is underestimating the impact of electric rate tariffs, which are often highly complex. “In certain states, there are a lot of different overlapping rate territories,” says Schiel. “In one case, we found that if a station had been located just 50 yards away, it would have had a much better rate.”

“Just because you can expect good utilization, it doesn’t mean it’s viable,” adds Puri. “Depending on what utility territory you are in, it may cost way too much.”

Another common mistake in this early stage of the market is to install too many charging units. “Some CPOs build a 15-unit charging facility when they only have demand for half that number,” says Schiel. “In that case, it might be better to lay the groundwork for 15 but only install a few initially.”

Many CPOs place too much emphasis on EV registration, says Puri. “Just because your station is located in a zip code with high EV registration does not mean it’s the ideal location,” he explains. “In many of those locations, a lot of people have chargers in their home, but might travel to and charge at an area with low EV registrations. Even when you have the data, it’s hard to say if it’s a good site, and that’s where we can help.”

Stable Auto advises clients to examine often overlooked factors such as the availability of nearby amenities. “Even with a Level 3 charger it can take 30 minutes or more to fully charge,” says Puri. “Rather than sit in their car, many EV owners would prefer to shop or visit a nearby attraction.”

In many cases, the activity takes priority over the charging. “People go to gas stations to refuel, but with EV chargers, charging is often a secondary activity,” says Schiel.

The pricing structure is mostly flat, based on analysis per site. There are options for map customization, workflow optimization, and consulting.

“Whether the company is big or small, the price is worth it because it still comes down to a $100,000 per plug decision,” says Puri. “Most of our customers are larger, but we have been surprised recently by how many smaller companies are coming to us.”

Now that Stable Auto has expanded to a nationwide operation, the company is focusing on optimizations and scaling. Possible future directions include international expansion, as well as software and consulting services that extend beyond site selection to management.

“We are looking at moving into site management, but that is definitely farther in the future,” says Schiel. “There are a lot of issues that CPOs face such as watching how utilization or electric rates change over time for each type of charger. There are all sorts of problems around billing. It can be easy to miss when rates changes, so suddenly you’re on the wrong rate tariff. There are also questions about how to change user pricing as the market changes.”

Meanwhile, the company is focusing on keeping up with demand. “The response rate has been unbelievable,” says Puri.