“She sat there watching for a while, completely silent. Eventually, she said, ‘I get it, your robots actually work—we’ll take them’.” Daniel Theobald, the founder of Vecna Robotics, is recounting his meeting with the CEO of a large retail company who had been doing the rounds, exploring autonomous solutions. This particular CEO went on to explain that her company had been keeping an eye on the space for as long as people had been pitching autonomy. But time and again, site visits led her to realize that there was a significant gap between robot tech in the laboratory and something reliable, built to handle real-world scenarios.

She said, ‘I get it, your robots actually work—we’ll take them’.

To accomplish this, Vecna Robotics has developed Pivotal, the world's first multi-agent AI-based orchestration engine. It analyzes your current state of operation and adjusts operational processes accordingly to ensure that everyone and everything is performing optimally in real-time. Their tech isn’t hardcoded to any particular type of vehicle or sensor, so it allows you to turn any piece of industrial equipment into a safe, fully autonomous mobile robot. What’s more, it is continually gathering data, learning from all of the robots and workers connected to the system to identify and eliminate bottlenecks in real-time.Vecna Robotics elegantly bridges that gap. However, Theobald is quick to point out that they are about much more than their autonomous forked vehicles, pallet jacks, and tuggers. “Yes, our robots are the best in the industry. They're the safest, they're the most intelligent, they are the best at navigating in human-filled, complicated environments. But robots are just a tool to get work done,” he says. “What really moves the needle is our ability to orchestrate that work effectively in real-time.”

Theobald likens the platform to a grandmaster chess player, capable of understanding the entire board and knowing the next best move to make. In this case, Pivotal is constantly figuring out how to sort through thousands of tasks to get the best assignment of work to thousands of workers—human and machine. By effectively orchestrating work in real-time, Vecna Robotics is supercharging key performance indicators like the amount of time a production line is making money (uptime) and the amount of product a company produces in a specified period (throughput).

“We've achieved 99.5 percent uptime and demonstrated over two times increase in throughput without adding any additional resources, simply by making sure that the resources that are already in place are providing their most valuable contribution to the critical path,” says Theobald.

Industry tales abound of robotics startups that jumped into the market with underdeveloped tech. On the other hand, there are those with solid tech that couldn’t come to grips with the fact that the market wasn’t ready for autonomous solutions. With Theobald guiding the decision-making process, Vecna Robotics took their time, choosing to invest heavily in research and development to make sure they’d solved their toughest challenges before going to market. 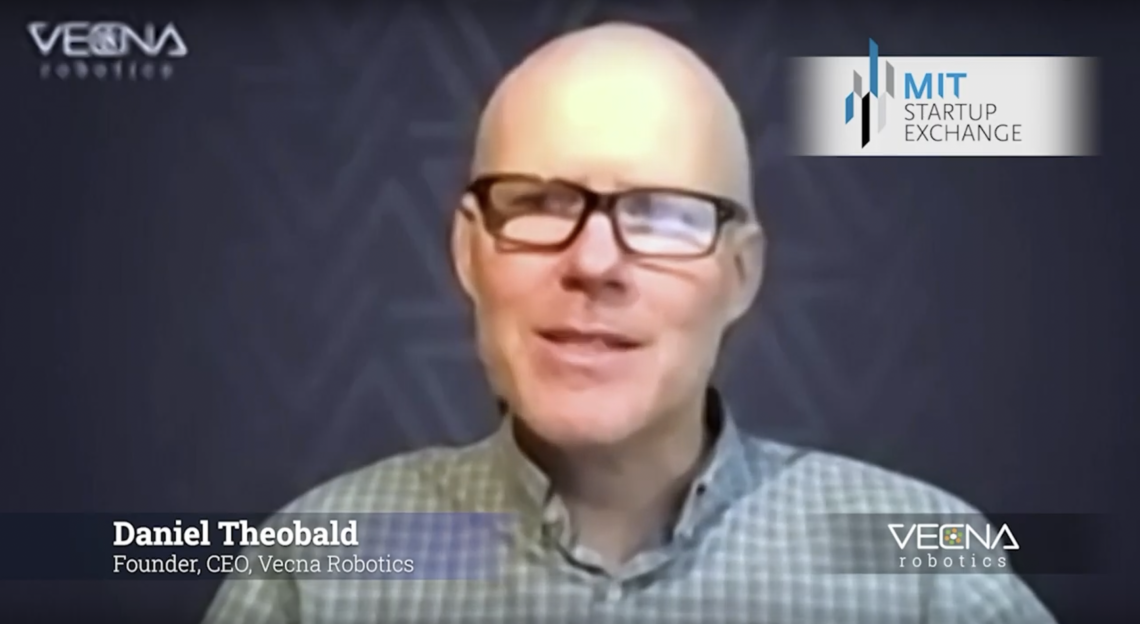 It wasn’t until 2018 that Theobald felt his fledgling startup was hitting the metrics and milestones that would allow him to confidently grow and scale a logistics-focused enterprise. Furthermore, challenges in the labor market had opened the door for greater acceptance of autonomous solutions. Theobald cites the success of Amazon Robotics (formerly Kiva Systems) as a key example of robots being sold at scale.

Taking the long view has primed Vecna Robotics for success, and it’s an approach that carries over to their relationships with partners, integrators, resellers, and OEM providers. “The benefit we have at Vecna Robotics is that we’ve always thought long term,” says Theobald. “We like working with customers that are looking beyond the quick ROI win for opportunities to revolutionize the way they do business so they can be ten times as productive as their competitors.”

In fact, Theobald has spent decades exploring this space in some shape or form. Growing up in Silicon Valley, his elementary school had one of the first computer labs in the world. It wasn’t long before he was recognized as California’s top computer science student and was given the opportunity to visit the Lawrence Livermore National Laboratory to work on the Cray computer, then the fastest computer in the world.

He would go on to earn both his BA and MA in mechanical engineering at the Institute. “I fell in love with solving really hard problems during my time at MIT,” he says. “I also flourished due to the relationships and the mentorship that I got there. Vecna Robotics is entwined in the MIT connection; it’s the result of a lifelong pursuit of making modern mobile robots practical.”

This plays out not only with Vecna Robotics, but also with MassRobotics, one of the world’s fastest growing industry associations for mobile robotics, the internet of things, and AI connected devices. Theobald co-founded the association to guide startups and investors in the space towards solving real industry problems as well as to establish meaningful, interoperability standards to unleash the full potential of robotics.

I believe in a synergistic approach where humans and robots work together.

For Theobald, the pursuit of practical autonomous solutions also means devising solutions that adhere to a well-thought-out vision for autonomy in general. "The tendency to want to over-automate is a real problem," he says. "But I believe in a synergistic approach where humans and robots work together effectively to use human creativity and problem solving to extend the reach of automation for the benefit of all."

While robots are good at the regular and predictable and are getting better at handling the unpredictable, he believes they're never going to surpass humans in that area. By the same token, while humans understand optimizing on a case by case basis, robots are the perfect tool for system-wide optimization.

From the beginning, Theobald has insisted that Vecna Robotics goes beyond just operating ethically, something he takes as a given. Rather, he asks hard questions of himself and his company: "Are we actually doing something good? Are we advancing the human cost? Is our work in automation making the world a better place for everybody?".