A Cleaner Way to Recycle Batteries

One of the bright spots in our fight against climate change has been the recent surge in sales of electric vehicles running on Li-ion batteries. Yet, the shortages and constantly fluctuating prices of the minerals that power Li-ion could slow the transition. Increasingly scarce minerals such as cobalt, nickel, and manganese are not only used in EV batteries but in other clean energy technologies such as larger scale energy storage and wind turbines. Meanwhile, mobile devices continue to add to Li-ion demand.

Several promising new technologies such as graphene batteries use more commonly available minerals. Yet, it could take decades for the technology to compete with the high-volume Li-ion batteries required for EVs. In the meantime, we need to quickly boost Li-ion battery production to avoid catastrophic climate change.

“We simply don’t have enough of these critical minerals for Li-ion to make the clean energy transition happen over the next 30 years,” says Megan O’Connor, CEO and co-founder of Nth Cycle, a metals extraction startup headquartered in Beverly, Mass.

Nth Cycle has developed a novel electro-extraction technique for recycling critical minerals from Li-ion batteries. The technology combines carbon filters with an electrochemical reaction to extract minerals at a lower cost -- and a far lower carbon cost -- than traditional recycling methods.

The same technology can also extract valuable minerals from electronic waste and glean minerals from scrap left behind by mining operations. Mining may well emerge as Nth Cycle’s key application, but for now, the urgent need for recycling is driving the first wave of deployments.

Impending mineral shortages are not the only reason why demand for battery recycling is growing. The Li-ion supply chain is also marked by significant ethical, environmental, and geopolitical issues. “There is a big issue about tracing these minerals back to ensure they are from a sustainable source,” says O’Connor.

Over 65 percent of the cobalt used worldwide is mined in the southern part of Democratic Republic of the Congo (DRC), often in dangerous, highly polluting mines where child labor is common. To the northeast, growing clashes between militias threaten to explode into another war, which could significantly impact the supply chain.

The DRC is not the only nation to dominate supply or refining sources for key Li-ion minerals. The Russian invasion of Ukraine has added to the skyrocketing price of nickel due to the preponderance of nickel refining in the two countries. Meanwhile, trade and geopolitical disputes with China have brought attention to that country’s leadership in the mining and refining of many key minerals used in batteries.

Zapping the way to cleaner extraction

“At a high level it is kind of like a Brita filter,” says O’Connor. “You pour water into the Brita with an activated carbon filter, and it pulls out the heavy metals non-selectively. Our technology is similar, but we apply a specific electrical current to the filters to selectively remove a metal.  Our extraction units have multiple carbon filters with different electrical currents applied to each to extract specific minerals in series. It’s a new way to think about water filtration and electrochemistry.” 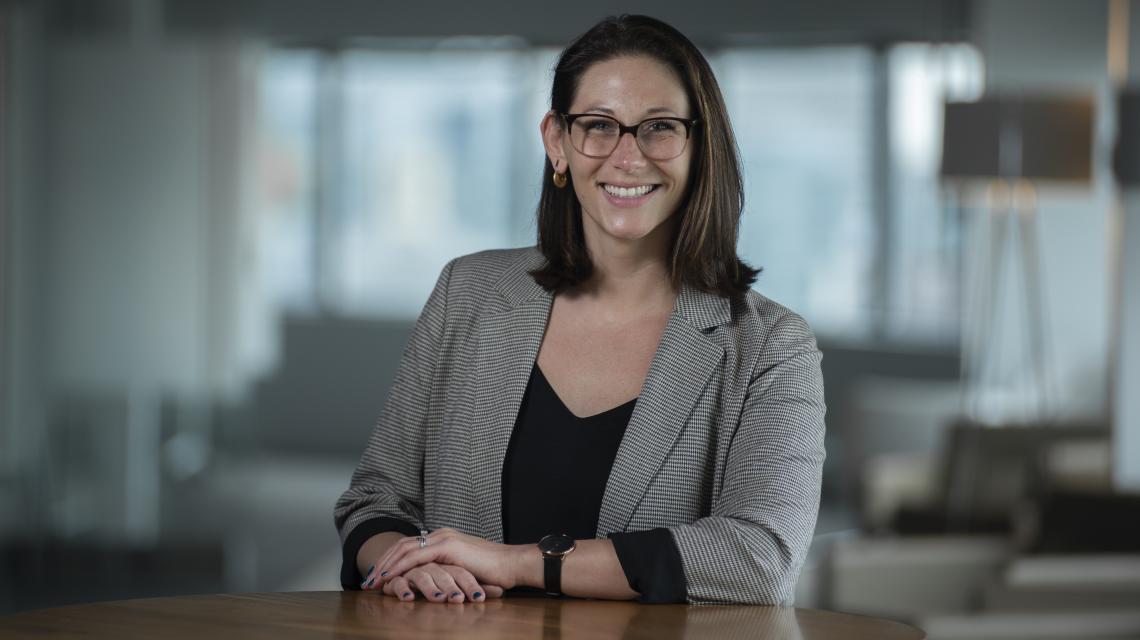 The extractors consume 4-6 KWh per kilogram of minerals produced. This equates to a 75 percent reduction in GHG emissions compared to the refining processes used by battery recyclers and mining companies such as pyrometallurgy and hydrometallurgy.

Nth Cycle believes its technology is considerably less expensive than pyro and hydro, even without carbon-related taxes and regulations. Due primarily to high costs, only about five percent of Li-ion batteries are recycled worldwide, a far lower rate than for lead acid battery recycling.

The high monetary and carbon costs of recycling are amplified by the need to ship the batteries overseas, typically to China. “We still don’t have a way to process batteries in the US,” says O’Connor. “We are extremely reliant on China for our overseas supply chain. Even when we mine the minerals here, 90 percent of the material is shipped overseas to be refined into products such as batteries. Then we buy the batteries, and once we are finished with them, ship them back again for recycling.”

Shipping batteries also poses safety risks from movement and impacts. “One problem with shipping is that Li-ion batteries often combust,” says O’Connor. Fires are also the biggest problem with landfilling batteries. Lithium fueled fires are difficult to extinguish and can spread to organic waste, causing air pollution and GHG releases.

A single unit is usually enough for a small recycler to process up to a million kilograms of materials per year. The resulting minerals can be safely transported and put back into the supply chain.

With Nth Cycle, battery recyclers can avoid transport costs and risks by setting up an electro-extraction unit onsite. The modular technology has a footprint of less than 1,000 square feet, much smaller than traditional refinement systems.

“We can operate efficiently with just one unit at each regional or local collection site,” says O’Connor. “A single unit is usually enough for a small recycler to process up to a million kilograms of materials per year. The resulting minerals can be safely transported and put back into the supply chain.”

The circular economy gets real

O’Connor first became interested in minerals recycling in grad school at Duke University. “I began to dig into the literature about the circular economy,” says O’Connor. “I thought about how the critical mineral supply chain was impacting our transition from fossil fuels.”

O’Connor participated in a Green Electronic forum where consumer electronics executives discussed sustainability issues. “They all said that recycling and end of life management was going to be a huge problem,” says O’Connor. “They were also concerned with the mineral supply chain in the face of the growing electrification movement. The participants agreed that more recycling could kill two birds with one stone: solving the waste management problem while providing new material for the supply chain. But the existing technology was too expensive or damaging to the environment.”

As O’Connor searched for a technological solution for electronic waste recycling, her PhD advisor, MIT professor Desiree Plata, told her about an interesting electrolysis technology for water treatment under development at Harvard that might be applicable to recycling. O’Connor met with the researcher, Associate Professor Chad Vecitis, and they began to collaborate on a similar technology for mineral recycling.

The project turned into O’Connor’s PhD thesis, and she launched Nth Cycle in 2017. Vecitis and Plata are co-founders of Nth Cycle and Vecitis is VP of Technology Innovation.

In 2019, Nth Cycle became a member of MIT’s The Engine affiliate program for innovative startups, and in Feb. 2022 received $12.5 million in A funding. The company has several commercial projects underway at battery collection facilities, and by the end of 2022 will have full-scale systems operating on site.

The facilities collect batteries from both consumer electronics and automotive products drawn from end-of-life disposal and manufacturing scrap. “They mix them together to get the desired cobalt/nickel ratio and then we feed the mix into our on-site extraction units,” says O’Connor.

Currently, the ratio is about 80 percent CE to 20 percent EV, but with increasing EV sales, automotive batteries will eventually dominate. “EV batteries use orders of magnitude more cobalt and nickel than cellphone batteries,” says O’Connor.

Nth Cycle is initially focusing on the US market where there are far fewer regulations about landfills, recycling, and carbon usage than in Europe. Even if Nth Cycle can prove its technology is safer and more cost effective than transporting batteries to smelters, the company will need some help to significantly boost the recycling rate.

If we recycled 100 percent of Li-ion batteries in 2030, that would only give us about 10 percent of the cobalt we need to reach a full electric economy. We need to get more material from mining, and we need to do it sustainably.

“European manufacturers are responsible for recycling their products through end-of-life,” says O’Connor. “Here, it is harder to track material so it can be recycled.”

While battery recycling will be crucial to expanding EV usage, “recycling alone won’t get us there,” says O’Connor. “If we recycled 100 percent of Li-ion batteries in 2030, that would only give us about 10 percent of the cobalt we need to reach a full electric economy. We need to get more material from mining, and we need to do it sustainably.”

Nth Cycle has launched several electro-extraction trials with mining companies. Here, electro-extraction units like those used in recycling can extract critical minerals from primary material or material stored in tailing ponds and scrap piles. “We are a good fit for short-life mines that are operational for 10 to 15 years instead of 30,” says O’Connor. “Hydro and pyro techniques cost $500 million to $1 billion, so these mines would never see a payback. But our technology can reach that scale for orders of magnitude less in terms of CapEx and OpEx.”

The Nth Cycle technology can also augment existing mining refinery systems. In one approach, the electro-extraction system sits at the end of the process, helping to “capture a lot of lost yield from different bleed streams that come off,” says O’Connor.

Nth Cycle can also add a system to the front of the refinery process. “Refineries are typically designed to process only one type of concentrate and can often only get about 80 percent of total capacity,” explains O’Connor. “We can help them reach 100 percent by homogenizing the material so they’re pulling from lots of different feedstocks while making sure that to them that it looks the same.”

Like the battery recyclers, mining operations can easily scale up by adding multiple electro-extraction units units in parallel. Even small mines typically need many more units than a recycling center. Whereas Nth Cycle owns and operates the extraction units at recycling centers, the company will sell the systems to mines and help them operate them.

Our technology can work with just about any metal on the periodic table, which lets us go after any kind of electronics waste

Nth Cycle plans to expand into electronic waste recycling by tuning the system to efficiently extract rare-earth metals. “Our technology can work with just about any metal on the periodic table, which lets us go after any kind of electronics waste,” says O’Connor. “We can pull out rare-earth metals from magnets in speakers and receivers in phones, and we can go after circuit boards and extract copper, gold, and other precious metals. We can partner with anyone in the supply chain who wants to make more sustainable technology.”